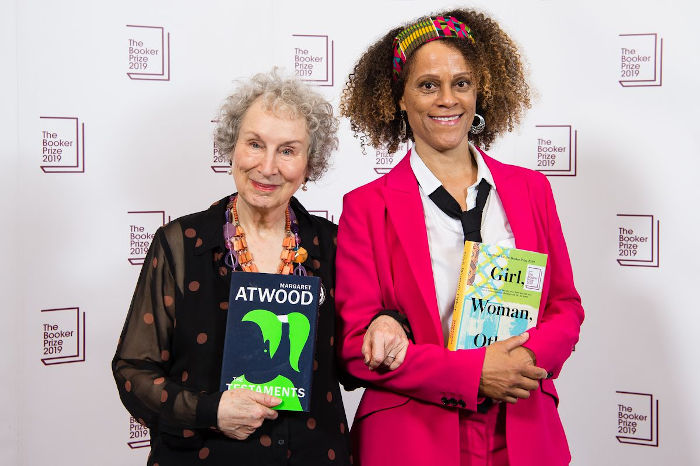 Margaret Atwood and Bernardine Evaristo have jointly won the 2019 Booker Prize, for their novels The Testaments and Girl, Woman, Other, respectively.

This is the third time the award has been given jointly. In 1974, Nadine Gordimer and Stanley Middleton were announced as joint winners; and in 1992, Michael Ondaatjie shared the award with Barry Unsworth. In 1993, the rules were changed so that only one author could win the prize, and this is the first time since then that two authors have been announced as joint winners.

Evaristo is the first black woman to win the prize. Atwood, meanwhile, not only becomes the oldest woman to win the prize – she turns 80 in November – but also joins the highly select list of two-time winners: she won in 2000 for her novel The Blind Assassin, and has been shortlisted no fewer than six times. The other two-time winners are JG Farrell, JM Coetzee, Peter Carey and Hilary Mantel.