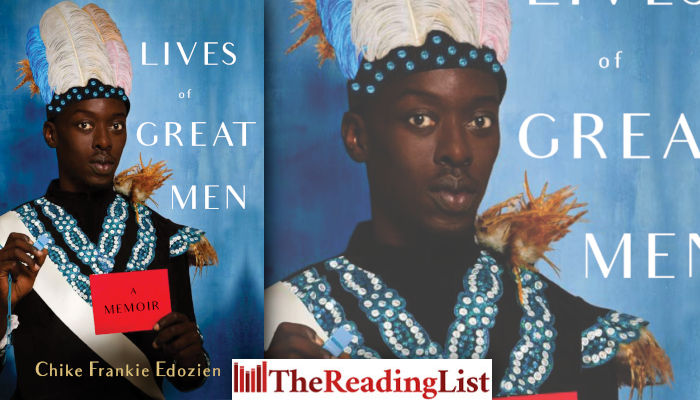 Lives of Great Men, the award-winning memoir from Chike Frankie Edozien, is out now from Jacana Media.

From Victoria Island, Lagos to Brooklyn, USA to Accra, Ghana to Paris, France; from across the Diaspora to the heart of the African continent, Edozien offers a highly personal series of contemporary snapshots of same-gender-loving Africans, unsung Great Men living their lives and finding joy in the face of great adversity.

On his travels and sojourns Edozien explores the worsening legal climate for gay men and women on the Continent; the impact homophobic evangelical American pastors are having in many countries, and its toxic intersection with political populism; and experiences the pressures placed on those living under harshly oppressive laws that are themselves the legacy of colonial rule—pressures that sometimes lead to seeking asylum in the West.

Yet he remains hopeful, and this memoir, which is pacy, romantic and funny by turns, is also a love-letter to Africa, above all to Nigeria and the megalopolis that is Lagos.

‘… an incredibly powerful portrayal of what it means to be a gay Nigerian man. But what makes this book so outstanding is its tender and insightful exploration of all the complicated, unspoken bonds in our most intimate relationships. In prose that is at once engaging and inquisitive, Edozien holds the human heart to light and finds the ways it manages to survive despite it all.’ – Maaza Mengiste, author of Beneath the Lion’s Gaze

‘Frankie Edozien writes with an urgency that is compelling, with a vulnerable honesty that is disarming and impressive, and with elegance about his life and subject so risky yet necessary. This is not a memoir of coming out gay in Nigeria as much as it is a call to step into our humanity. A necessary and courageous book.’ – Chris Abani, author of GraceLand and The Secret History of Las Vegas

A professor of journalism at New York University’s Arthur L Carter Journalism Institute, Chike Frankie Edozien was awarded the university’s Martin Luther King Jr Faculty Award this year for excellence in teaching, community building, social justice advocacy and leadership. Since 2008, he has directed the Institute’s Ghana-based ‘Reporting Africa’ program. He has written about government, health and cultural issues for The New York Times, The Times (UK), Vibe magazine, Time magazine, Out Traveler, Blackaids.org, The Advocate, Quartz, among others. He co-founded the AFRican magazine and was its editor-in-chief. A 2008 Kaiser Foundation fellow for Global Health Reporting for his reporting on the impact of HIV/Aids particularly among Africans, Edozien has also covered crime, courts, labour issues, human services, public health and politics at New York Post and its City Hall Reporter. Currently he contributes to the Arise News network where he reports weekly on issues in sub-Saharan Africa.