Karin Brynard’s Weeping Waters has been longlisted for prestigious CWA Dagger Award
More about the book! 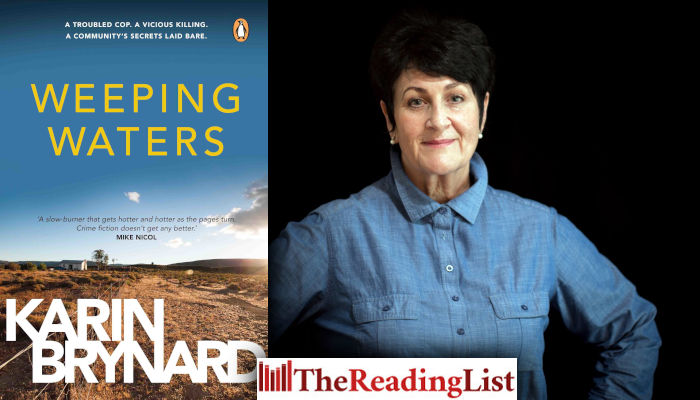 Congratulations are in order: Karin Brynard’s Weeping Waters has been longlisted for the prestigious CWA International Dagger!

This Crime Writers’ Association award is for crime novels (defined by the broadest definition including thrillers, suspense novels and spy fiction) as long as the book was not originally written in English and has been translated into English for United Kingdom publication during the judging period.

Brynard is in company on the longlist with authors like Andrea Camilleri from Italy, Håkan Nesser from Sweden and Keigo Higashino from Japan.

Weeping Waters was published by Penguin Random House in 2014, after which British publisher Europa’s imprint World Noir bought the rights.

Plaasmoord was awarded the University of Johannesburg Debut Prize. Brynard has also since won two M-Net Prizes, as well as the ATKV Prize for prose.

Brynard is a former journalist, who worked as a political correspondent for Rapport, and now writes full-time. Weeping Waters was followed by Onse Vaders (Our Fathers) and Tuisland (Homeland).

In Weeping Waters, inspector Albertus Beeslaar escapes from the city’s rush, only to have his hopes of finding peace and quiet in the Kalahari shattered by the brutal murder of artist Freddie Swarts and her adopted daughter.

With Swarts’s sister not convinced that it was a typical farm attack, Beeslaar also has to investigate a series of stock thefts. The disturbing puzzle grows increasingly sinister as age-old secrets and hostilities surface, spurring the local inhabitants to violent action.

The shortlist for the Daggers will be revealed in the European summer. The winners will be announced at a gala event in London on October 24 2019.