Join historian Nicki von der Heyde at the launch of Guide to Sieges of South Africa at Love Books
More about the book! 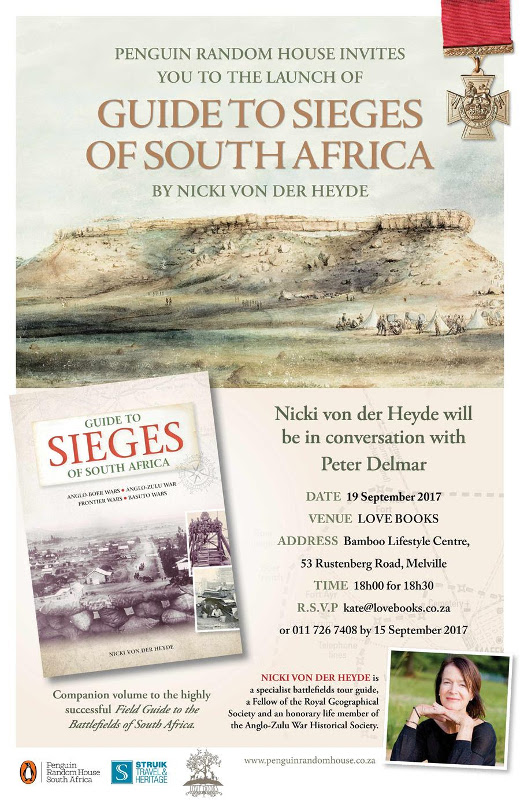 Penguin Random House invites you to the launch of Guide to Sieges of South Africa by Nicki von der Heyde.

Guide to Sieges of South Africa contains accounts of 17 sieges over the last two centuries, exploring in detail the historical context in which they occurred, the day-to-day military actions that sustained the investments and the conditions both soldiers and civilians faced while defending their territory against a hostile force.

A fascinating read that will appeal to anyone interested in the volatile history of the country – armchair historians and travellers alike.

The launch will take place at Love Books in Melville on 19 September 2017.