Join author Prof. Veronique Tadjo for a seminar titled ‘Close to Nature: The creative process of writing the Ebola epidemic’ in Pretoria (24 Aug)
More about the book! 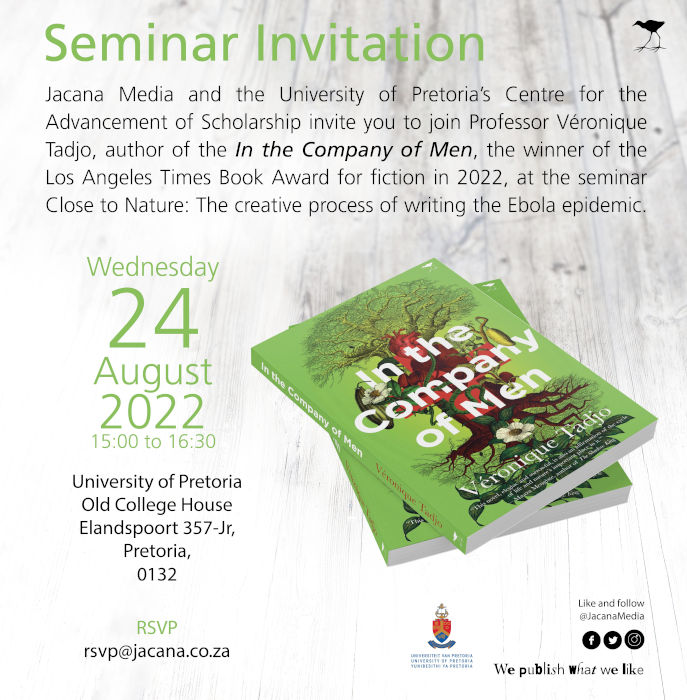 Jacana Media and the University of Pretoria’s Centre for the Advancement of Scholarship invite you to join Professor Véronique Tadjo for a seminar titled ‘Close to Nature: The creative process of writing the Ebola epidemic’.

Tadjo is the winner of the LA Times Fiction Award for her novel In the Company of Men. Drawing on real accounts of the Ebola outbreak that devastated West Africa, this poignant and, given the pandemic, timely fable reflects on both the strength and the fragility of life and humanity’s place in the world.

Tadjo is an author, artist and Honorary Professor at Wits University, where she taught for several years. An award-winning writer, she was born in Paris and grew up in Abidjan, Côte d’Ivoire. She holds a doctorate in Black American literature and civilisation from the Sorbonne Paris IV and was a Fulbright scholar at Howard University in Washington, DC.