‘Johannesburg is a city that runs on high-octane fuel’ – Peter Harris chats about his new book Bare Ground
More about the book! 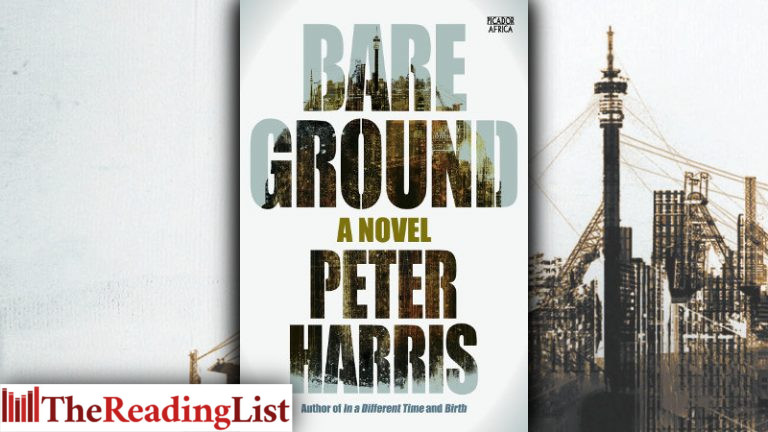 Harris’s 2009 book In a Different Time: The Inside Story of the Delmas Four was awarded the prestigious Sunday Times Alan Paton award as well as the Booksellers’ Choice Award. He is also the author of the bestselling Birth: The Conspiracy to Stop the ’94 Election.

But Bare Ground is his first work of fiction.

Bare Ground is the third book in what in effect is a trilogy of two non-fiction books and a novel, Harris explains. In a Different Time deals with the sacrifices made during the Struggle, while Birth deals with the transition and the challenges we faced as a country. Bare Ground deals with ‘where we find ourselves as a country now,’ Harris says, ‘more than 20 years on, post-1994, and it really deals with what we have become’.

Harris says he wanted to turn to fiction to focus on the effect Johannesburg has on the lives of its inhabitants.

‘I wanted to deal with Johannesburg as a setting,’ he says, ‘and its impact as a living organism on the way we as a society conduct ourselves within the places we live. And Johannesburg is perfect, because notwithstanding its short history it remains a mining town, with all its greed and its betrayal and its beauty and its energy and its adrenaline. It remains a city that runs on high-octane fuel.’