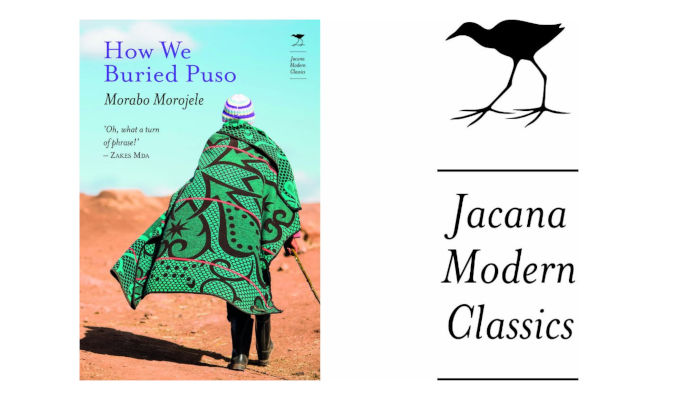 Jacana Media has launched a new Modern Classics series, kicking off with How We Buried Puso by Morabo Morojele, to be published in June 2018.

The Jacana Media trade list, publishing since 2002, features many authors whose work has been overlooked in the rush to feature ‘latest’ outputs. Jacana Media’s Modern Classics will showcase some of the extraordinary books that we have published since inception of our trade list. And with over 1,000 active titles, there is a wealth to choose from.

The aim of this series is to showcase some of our greatest writers who manage to capture the voices of today, as well as challenge the usual understanding of what a classic can be. The book covers will be redesigned to reflect the flavour of this new list.

The selection will be ‘bold, international and assertive,’ says Bridget Impey, publishing director. ‘It is important that this list features a diverse blend of titles, which covers both popular favourites as well as introducing writers that readers may be less familiar with. This new series is a reflection of Jacana Media’s heritage brand values, focusing on our goal of publishing excellence and originality.’

How We Buried Puso echoes this thought, having been first released to critical acclaim in 2006. Returning home to bury his brother after seven years abroad, the narrator poignantly describes the clashes implied by his absence, overlaid against the troubles of his motherland and neighbouring states. The novel is an invocation for connection, for the reconstruction of societies, for faith in family and community, and for the spiritual odyssey, however conjured up.

More titles in the Jacana Media Modern Classics to follow. Watch this space for more details.