Impossible to put down – Phoebe Locke’s ‘twisty and haunting’ new thriller The July Girls
More about the book! 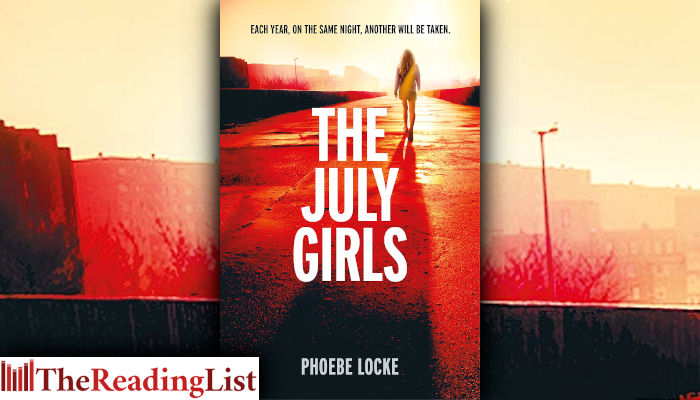 The July Girls by Phoebe Locke is out now from Jonathan Ball Publishers.

Every year, on the same night in July, a woman is taken from the streets of London; snatched by a killer who moves through the city like a ghost.

Addie has a secret. On the morning of her tenth birthday, four bombs were detonated across the capital. That night her dad came home covered in blood. She thought he was hurt in the attacks – but then her sister Jessie found a missing woman’s purse hidden in his room.

Jessie says they mustn’t tell. She says there’s nothing to worry about. But when she takes a job looking after the woman’s baby daughter, Addie starts to realise that her big sister doesn’t always tell her the whole story. And that the secrets they’re keeping may start costing lives …

‘I loved Phoebe Locke’s last book, but this one is even better. Stunningly original with a protagonist you’ll love.’ – Jane Fallon

‘Phoebe Locke has knocked it out of the park once again with The July Girls. Atmospheric and beautifully written, it really is stunningly good.’ – Cass Green

‘Chilling, gripping and unputdownable, with a wonderful protagonist – a must-read this summer.’ – Karen Hamilton

Phoebe Locke is the pseudonym of full-time writer Nicci Cloke. She previously worked at the Faber Academy, and hosted London literary salon Speakeasy. She lives and writes in Cambridgeshire. Her debut psychological thrillers, The Tall Man, was published 2018.