How the Dead Speak by Val McDermid – The Queen of Crime returns with the eagerly anticipated new Tony Hill and Carol Jordan thriller
More about the book! 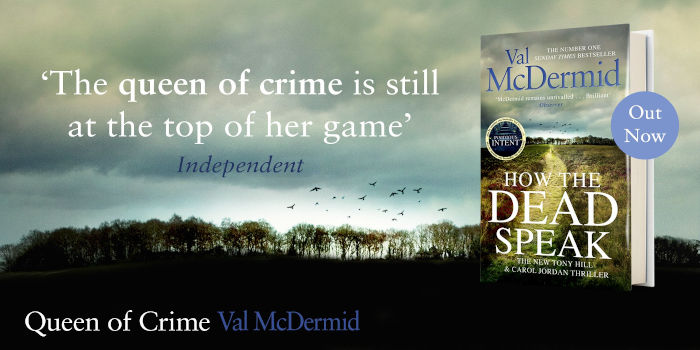 Val McDermid is an award-winning, crime-writing powerhouse, and now she returns to her explosive, thrilling series featuring psychological profiler Tony Hill and ex-DCI Carol Jordan in her latest How the Dead Speak.

Electrifying and filled with masterful suspense, this is the most eagerly anticipated novel yet from the queen of crime.

‘We are all creatures of habit. Even murderers …’

When human remains are discovered in the grounds of an old convent, it quickly becomes clear that someone has been using the site as their personal burial ground. But with the convent abandoned long ago and the remains dating back many years, could this be the work of more than one obsessive killer?

It’s an investigation that throws up more questions as the evidence mounts, and after their last case ended catastrophically, Tony Hill and Carol Jordan can only watch from afar. As they deal with the consequences of previous actions, someone with a terrifying routine is biding their time – and both Tony and Carol find themselves closer to the edge than they have ever been before …