How I Learned to Understand the World – Hans Rosling’s own story of how a young scientist became a revolutionary thinker
More about the book! 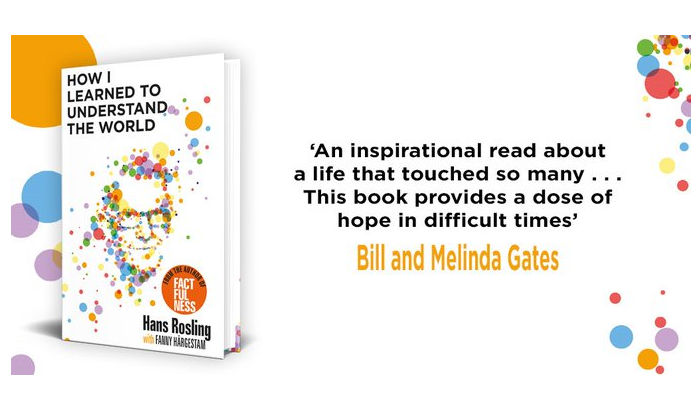 This is a book that contains very few numbers. Instead, it is about meeting people who have opened my eyes.

It was facts that helped him explain how the world works. But it was curiosity and commitment that made the late Hans Rosling, author of worldwide bestseller Factfulness, the most popular researcher of our time.

How I Learned to Understand the World is Hans Rosling’s own story of how a young scientist became a revolutionary thinker, and takes us from the swelter of an emergency clinic in Mozambique to the World Economic Forum at Davos.

In collaboration with Swedish journalist Fanny Hargestam, Hans Rosling wrote his memoir with the same joy of storytelling that made a whole world listen when he spoke.

Hans Rosling was a medical doctor, professor of international health and renowned public educator. He was an adviser to the World Health Organization and UNICEF, and co-founded Médecins sans Frontières in Sweden and the Gapminder Foundation. His TED talks have been viewed more than 35 million times, and he was listed as one of Time Magazine’s 100 most influential people in the world. Hans died in 2017, having devoted the last years of his life to writing Factfulness.