Her enemies will learn the true meaning of fear … Dean Koontz’s new novel The Forbidden Door is out now
More about the book! 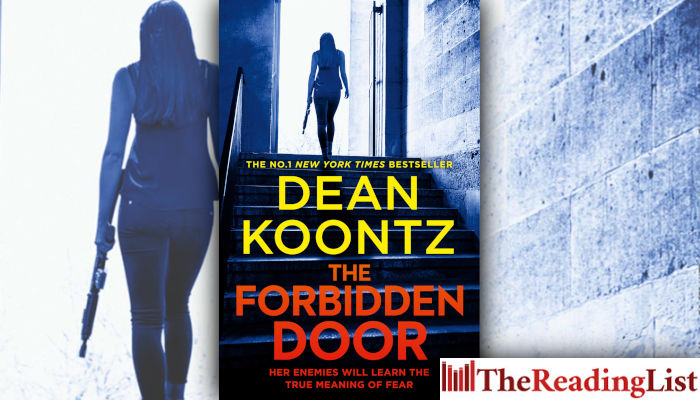 The No.1 New York Times bestseller and master of suspense Dean Koontz returns with the new Jane Hawk blockbuster – The Forbidden Door!

‘I will come for you. Nothing can stop me!’

Rogue FBI agent Jane Hawk is on the trail of the members of a murderous organisation who drove her husband – and scores of other fine individuals – to commit suicide for no explicable reason.

After discovering their plan to subjugate the world by means of an insidious new technology, she has been hunting them down one by one. Now she is America’s most wanted fugitive, and the organization is closing in on her beloved five-year-old son, whom she sent into protective hiding with her dearest friends.

Faced with insurmountable odds, but armed with a mother’s love for her son, Jane will stop at nothing to save him. But even if she can get to him in time there’s still the risk that the forbidden door will be opened and an unimaginable terror unleashed.

Dean Koontz was born and raised in Pennsylvania. He graduated from Shippensburg State College (now Shippensburg University). When he was a senior in college, Koontz won an Atlantic Monthly fiction competition and has been writing ever since. His first job after graduation was with the Appalachian Poverty Program, where he was expected to counsel and tutor underprivileged children on a one-to-one basis. His first day on the job, he discovered that the previous occupier of his position had been beaten up by the very kids he had been trying to help and had landed in the hospital for several weeks. The following year was filled with challenge but also tension, and Koontz was more highly motivated than ever to build a career as a writer. He wrote nights and weekends, which he continued to do after leaving the poverty program and going to work as an English teacher in a suburban school district outside Harrisburg. After a year and a half in that position, his wife, Gerda, made him an offer he couldn’t refuse: I’ll support you for five years, she said, and if you can’t make it as a writer in that time, you’ll never make it. By the end of those five years, Gerda had quit her job to run the business end of her husband’s writing career. Dean and Gerda Koontz live in southern California.

The Friday Night Book Club: Read an excerpt from A Thousand Ships by Natalie Haynes – one of the Guardian’s ‘Best Books of 2019’

Read an excerpt from The Enforcers, revealing a brazen plot to assassinate Nelson Mandela at his inauguration