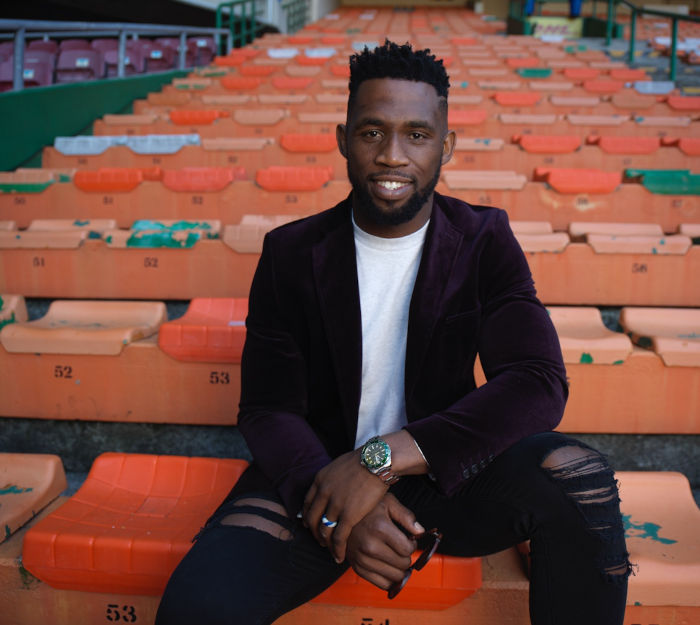 A book telling the life story of Siya Kolisi, captain of the 2019 World Cup winning Springbok rugby team, will be published internationally in 2021.

HarperCollins Publishers has acquired world all language rights for the book.

Executive Publisher Oli Malcolm negotiated the deal for HarperNonFiction with Kelly Hogarth at Roc Nation Sports, supported by Rory Scarfe at The Blair Partnership. Written with Boris Starling, the book will be published next year, ahead of the forthcoming Lions Tour to South Africa in 2021.

In May 2018 Siya Kolisi was appointed captain of the Springboks, the first black test captain in the team’s 128-year history. His appointment was recognised worldwide as a pivotal moment in South African history.

The following year he made history once more when he led his team to victory in the 2019 World Cup, beating England in the final to become the first black captain of a World Cup-winning side.

Kolisi’s life story will tell the extraordinary tale of a young boy from an impoverished township on the Eastern Cape who went on to guide the Springboks to their first World Cup final in 12 years and lift rugby union’s greatest prize.

Born to teenage parents, Kolisi was raised by his grandmother after the death of his mother when he was just 15. Aged 12 he won a rugby scholarship to a prestigious local school, despite speaking no English upon arrival. A decade later Kolisi led his team to victory on the world stage in one of the most inspirational success stories in the sport’s history. Kolisi’s story is one of stoicism, unification and self-belief.

‘There are so many parts of my story that haven’t been told and I feel it’s the perfect time to share these with the hope of inspiring and motivating anyone who has ever faced adversity. It was so important to me that my story was told from my own account and with the right publishing group.

‘I’m thrilled to partner with HarperCollins on a creative project that we can both be proud of.’

Oli Malcolm says: ‘It is an immense personal and professional privilege to be working on this publication. Siya Kolisi has not simply won a Rugby World Cup, but proven to future generations that anything is possible.’