Find out more about ‘Wole Soyinka’s greatest novel’ – Chronicles From the Land of the Happiest People On Earth (PLUS: Listen to an excerpt)
More about the book! 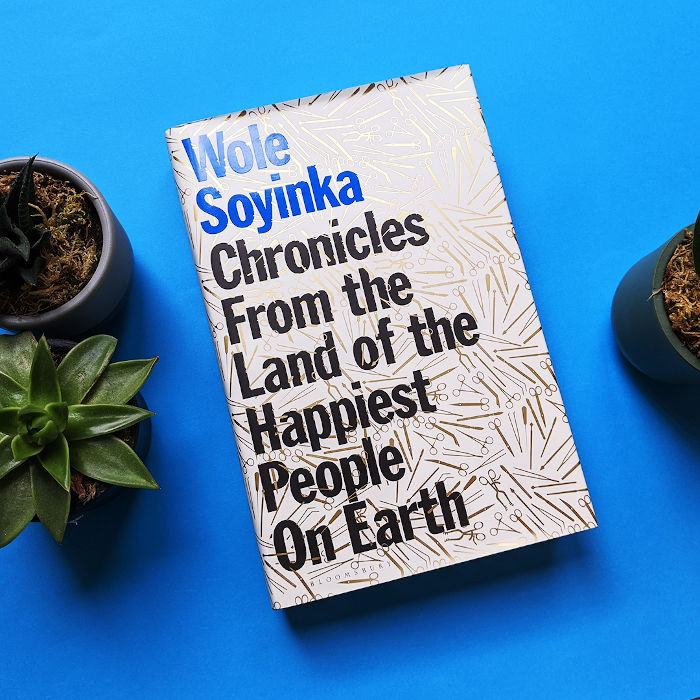 Wole Soyinka, the first Black winner of the Nobel Prize in Literature, presents Chronicles From the Land of the Happiest People On Earth – a tour de force, his first novel in nearly half a century: a savagely satiric, gleefully irreverent, rollicking fictional meditation on how power and greed can corrupt the soul of a nation.

‘Soyinka’s greatest novel … No one else can write such a book.’ – Ben Okri

‘One of the best there is today, a poet and a thinker, who knows both how the world works and how the world should work.’ – Chimamanda Ngozi Adichie

The life of every party, Duyole is about to assume a prestigious post at the United Nations in New York, but it now seems that someone is deter­mined that he not make it there. And neither Dr Menka nor Duyole knows why, or how close the enemy is, or how powerful.

Chronicles From the Land of the Happiest People On Earth is at once a literary hoot, a crafty whodunit, and a scathing indictment of political and social corrup­tion. It is a stirring call to arms against the abuse of power from one of our fiercest political activists, who also happens to be a global literary giant.

Listen to an excerpt from the novel here: