Find out more about Angie Thomas, author of the Black Lives Matter-inspired YA hit The Hate U Give
More about the book! 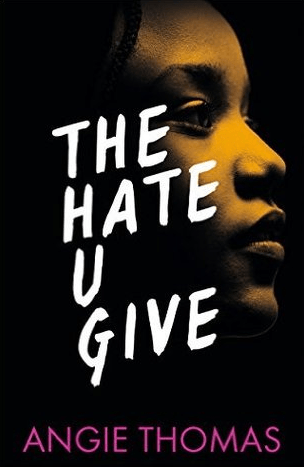 Angie Thomas, author of New York Times bestseller The Hate U Give, tells Epic Reads about her secret rap name, her love for hip-hop and sneakers, and her first the book she ever wrote.

Thomas was born, raised, and still resides in Jackson, Mississippi. She holds a BFA in Creative Writing from Belhaven University and is an inaugural winner of the Walter Dean Myers Grant 2015, awarded by We Need Diverse Books. Film rights for her debut novel have been optioned by Fox 2000 with George Tillman attached to direct and Hunger Games actress Amandla Stenberg set to star.

Sixteen-year-old Starr lives in two worlds: the poor neighbourhood where she was born and raised and her posh high school in the suburbs. The uneasy balance between them is shattered when Starr is the only witness to the fatal shooting of her unarmed best friend, Khalil, by a police officer. Now what Starr says could destroy her community. It could also get her killed. Inspired by the Black Lives Matter movement, this is a powerful and gripping YA novel about one girl’s struggle for justice.