Etisalat Prize for Literature call for entries and judging panel announced
More about the book!

The new judging panel for the Etisalat Prize for Literature has been announced.

The Etisalat Prize for Literature is the first pan-African literary prize that celebrates African writers of a debut published book of fiction.

The opening date for the submissions was 3 July 2017 and the closing date is 18 September 2017. See the rules for submission here.

Last year’s winner was Nigerian author Jowhor Ile, for his novel And After Many Days. The 2016 prize was judged by Nigerian novelist and poet Helon Habila, South African writer and activist Elinor Sisulu, and Ivorian writer and Africa39 laureate Edwige Renée Dro.

This year, the task has been entrusted to Harry Garuba, Doreen Baingana and Siphiwo Mahala.

The judging panel will select a longlist of nine titles and then, following a second round of screening, will announce a shortlist of three finalists ahead of the 2018 grand award ceremony.

More on the 2017 Etisalat Prize for Literature judging panel 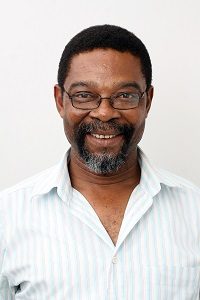 Harry Garuba, the Nigerian symbolist poet, academic, anthologist, critic and literary scholar, was born in Nigeria. He has a joint appointment in African Studies and the English department at the University of Cape Town. His first volume of poetry, Shadow and Dream and Other Poems, was published by New Horn Press, Ibadan and was runner-up for the First All Africa Christopher Okigbo Prize endowed by Wole Soyinka, after his Nobel. Garuba edited Voices from the Fringe (1988), an anthology of contemporary Nigerian poetry commissioned by the Association of Nigerian Authors. His poetry has appeared in, among others, an anthology The Fate of Vultures: New Poetry of Africa (1989) as well as literary reviews and chapbooks like the ANA Review, Positive Review, Opon Ifa, Idoto, the English Academy Review, the Savannah Review and Wasafiri as well as on electronic literary forums like African Writing Online and Maple Tree Literary Supplement. 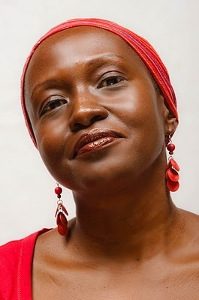 Doreen Baingana is a Ugandan writer based in Entebbe. Her collection, Tropical Fish, won the AWP (Association of Writers & Writing Programs) Prize for Short Fiction (US) in 2004, and the Commonwealth Prize for First Book, Africa Region, 2006. She has been nominated twice for the Caine Prize, and has published two children’s books as well as fiction and essays in numerous international journals. Ms. Baingana has a law degree from Makerere University, Kampala, and an MFA from the University of Maryland, where she was later a Writer in Residence. She has taught creative writing in the US and across Africa, was a Managing Editor at Storymoja Africa, a Chairperson of FEMRITE, and has been a judge of various prizes including the Commonwealth Short Story Prize, 2014. She received a Miles Morland Scholarship for African Writers in 2014, and has won a Rockefeller Bellagio Residency Award, 2017. She is the co-founder of the Mawazo Africa Writing Institute, set up to enhance the teaching of creative writing across the continent. 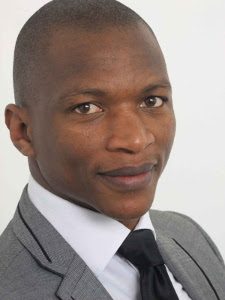 Siphiwo Mahala is a prominent novelist, playwright and short story writer from South Africa. His books include the novel When a Man Cries, which he translated into his native Xhosa language as Yakhal’ Indoda, and African Delights, a collection of short stories, which is also published in Nigeria by Bookcraft. In January 2016, The Guardian newspaper in the UK listed African Delights as one of the top ten must-read books in the world. His play, The House of Truth, starring one of South Africa’s most revered and internationally acclaimed actors, Sello Maake kaNcube, premiered to rave reviews at the Grahamstown National Arts Festival in June 2016. He was the Head of Books and Publishing in South Africa’s Ministry of Arts and Culture for over ten years. He holds a Master of Arts degree in African Literature from the University of the Witwatersrand and is currently completing his doctoral degree at the University of South Africa (UNISA).