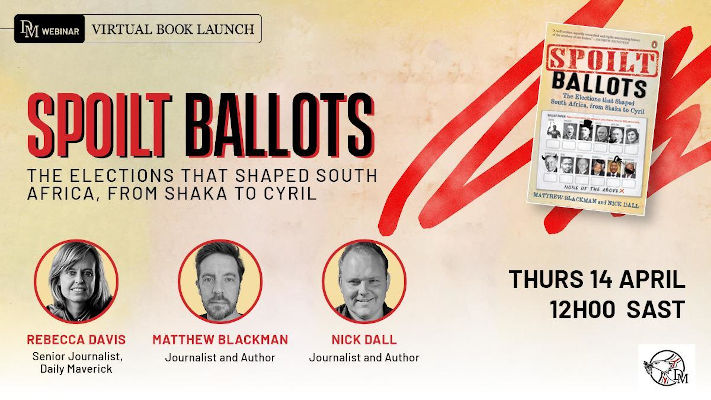 Unless you’ve been self-isolating for over a century, you probably know that 1910 brought about the Union of South Africa, that the 1948 general election ushered in apartheid, and that the Rainbow Nation was born when Madiba triumphed in the country’s first democratic elections in 1994. It also sheds light on a dozen lesser-known contests, starting with the assassination of King Shaka in 1828 and ending with the anointing of King Cyril at Nasrec in 2017.

​​​​​​​Spoilt Ballots is as much about the people who voted in some of our most decisive elections as it is about those who didn’t even get the chance to make their mark. It explains why a black man in the Cape had more political rights in 1854 than at any other point in the ensuing 140 years and how the enfranchisement of women in 1930 was actually a step back for democracy.