Crispian Olver exposes the political meltdown behind ‘Day Zero’ in his new book A House Divided: The Feud That Took Cape Town to the Brink 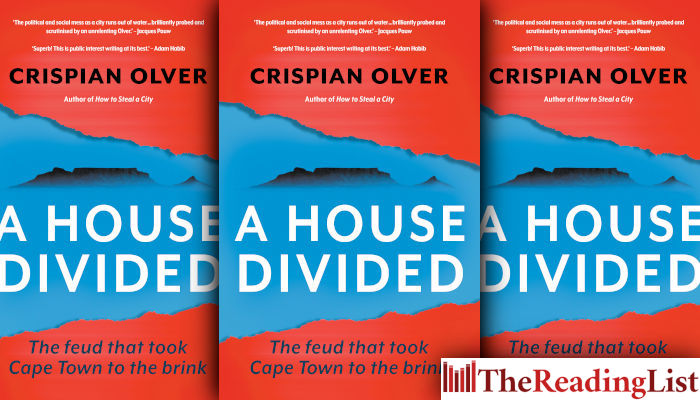 A House Divided: The Feud That Took Cape Town to the Brink by Crispian Olver, the author of How to Steal a City, is out now from Jonathan Ball Publishers!

‘The political and social mess as a city runs out of water … brilliantly probed and scrutinised by an unrelenting Olver.’ – Jacques Pauw

‘Superb! This is public interest writing at its best.’ – Adam Habib

It’s 2018 and Cape Town is wracked by its worst drought on record. The prospect of ‘Day Zero’ – when the taps will run dry – is driving citizens into a frenzy.

Then the ruling Democratic Alliance removes control of the water issue from Mayor Patricia de Lille. While politicians turn on each other, revealing deep-lying faultlines and new enmities, critical questions arise: What lies behind the fallout, and what, if any, deeper interests are at play?

Against this fraught backdrop, author and academic Crispian Olver resolves to explore how the city of his childhood is run, and he sets his sights in particular on the web of connections between local politicians and property developers.

Interviewing numerous people – including many dropped from the City administration in questionable circumstances – he uncovers a Pandora’s box of backstabbing, infighting and backroom deals.

Olver explores contentious property developments in agriculturally sensitive Philippi, on the scenic West Coast and along the glorious – and lucrative – Atlantic Seaboard, delves into attempts to ‘hijack’ civic associations and exposes the close yet precarious relationship between the mayor and City Hall’s ‘laptop boys’. In blistering detail he gets to grips with the political meltdown within the DA and the defection of De Lille to form her own party.

Crispian Olver has been a medical doctor, political leader, environmental activist and public servant. He joined Nelson Mandela’s office in 1994 as head of planning for the Reconstruction and Development Programme, and went on to run the Department of Environmental Affairs and Tourism as Director General. He has had a lifelong interest in fixing ailing municipalities, and in 2015 headed up an intervention to clean up corruption in the Nelson Mandela Bay metro. His last book – How to Steal a City – was based on this experience.