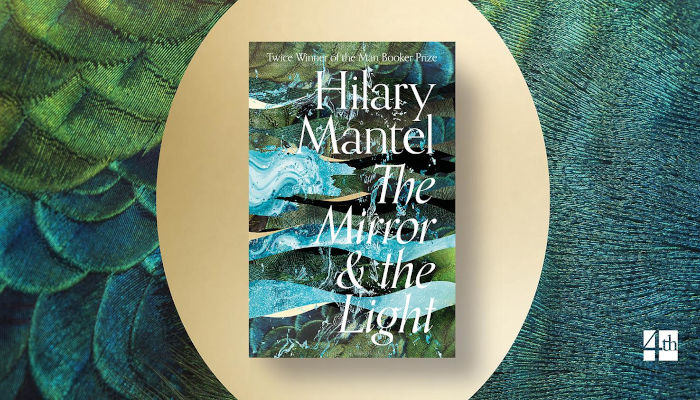 With The Mirror and the Light, Hilary Mantel brings to a triumphant close the trilogy she began with Wolf Hall and Bring Up the Bodies.

Wolf Hall has been translated into 36 languages, Bring Up The Bodies into 31 languages, and sales for both books have reached over 5 million worldwide. Following on from the success of the BAFTA and Golden Globe-winning television adaptation of Wolf Hall, an adaptation of The Mirror and the Light is in active development.

‘If you cannot speak truth at a beheading, when can you speak it?’

England, May 1536. Anne Boleyn is dead, decapitated in the space of a heartbeat by a hired French executioner. As her remains are bundled into oblivion, Thomas Cromwell breakfasts with the victors. The blacksmith’s son from Putney emerges from the spring’s bloodbath to continue his climb to power and wealth, while his formidable master, Henry VIII, settles to short-lived happiness with his third queen, before Jane dies giving birth to the male heir he most craves.

Cromwell is a man with only his wits to rely on; he has no great family to back him, no private army. Despite rebellion at home, traitors plotting abroad and the threat of invasion testing Henry’s regime to breaking point, Cromwell’s robust imagination sees a new country in the mirror of the future. But can a nation, or a person, shed the past like a skin? Do the dead continually unbury themselves? What will you do, the Spanish ambassador asks Cromwell, when the king turns on you, as sooner or later he turns on everyone close to him?

In The Mirror and the Light, Mantel traces the final years of Thomas Cromwell, the boy from nowhere who climbs to the heights of power, offering a defining portrait of predator and prey, of a ferocious contest between present and past, between royal will and a common man’s vision: of a modern nation making itself through conflict, passion and courage.

Hilary Mantel is the author of 14 books, including A Place Of Greater Safety, Beyond Black, the memoir Giving Up The Ghost, and the short-story collection The Assassination Of Margaret Thatcher. Her two most recent novels, Wolf Hall and its sequel Bring Up The Bodies, have both been awarded the Man Booker Prize – an unprecedented achievement.

Hilary Mantel on The Mirror and the Light:

‘When I began work on my Thomas Cromwell books back in 2005, I had high hopes, but it took time to feel out the full scope of the material. I didn’t know at first I would write a trilogy, but gradually I realised the richness and fascination of this extraordinary life. Since then I have been on a long journey, with the good companionship of archivists, artists, booksellers, librarians, actors, producers, and – most importantly – millions of readers through the world. I hope they will stay with me as we walk the last miles of Cromwell’s life, ascending to unprecedented riches and honour and abruptly descending to the scaffold at Tower Hill. This book has been the greatest challenge of my writing life, and the most rewarding; I hope and trust my readers will find it has been worth the wait.’