Cover reveal! The girl with the dragon tattoo returns in The Girl in the Eagle’s Talons 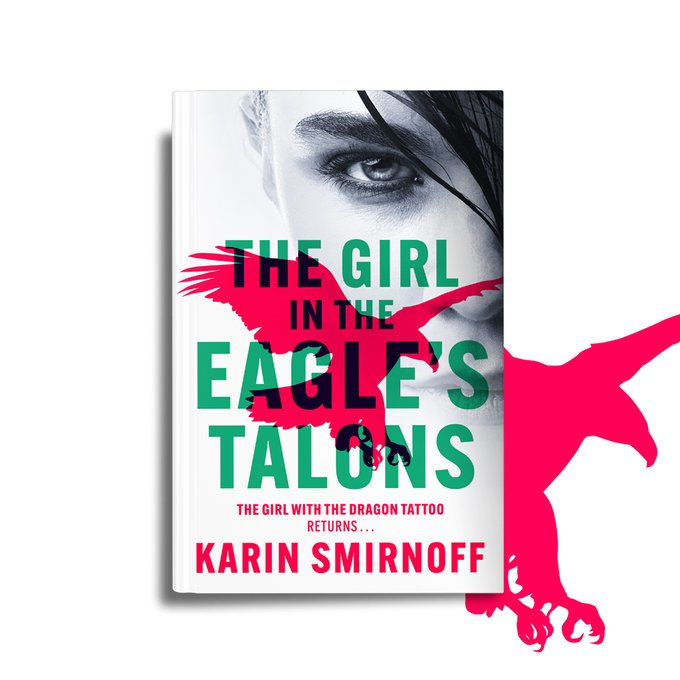 Dive into a world of conspiracy and betrayal, of ice-bound wilderness and global big business with The Girl in the Eagle’s Talons, coming August 2023.

Lisbeth Salander returns, in a trailblazing new installment to the bestselling Millennium series.

Change is coming to Sweden’s far north: its untapped natural resources are sparking a gold rush with the criminal underworld leading the charge. But it’s not the prospect of riches that brings Lisbeth Salander to the small town of Gasskas. She has been named guardian to her niece Svala, whose mother has disappeared. Two things soon become clear: Svala is a remarkably gifted teenager – and she’s being watched.

Mikael Blomkvist is also heading north. He has seen better days. Millennium magazine is in its final print issue, and relations with his daughter are strained. Worse still, there are troubling rumors surrounding the man she’s about to marry. When the truth behind the whispers explodes into violence, Salander emerges as Blomkvist’s last hope.

A pulse-pounding thriller, The Girl in the Eagle’s Talons sees Salander and Blomkvist navigating a world of conspiracy and betrayal, old enemies and new friends, ice-bound wilderness and the global corporations that threaten to tear it apart.