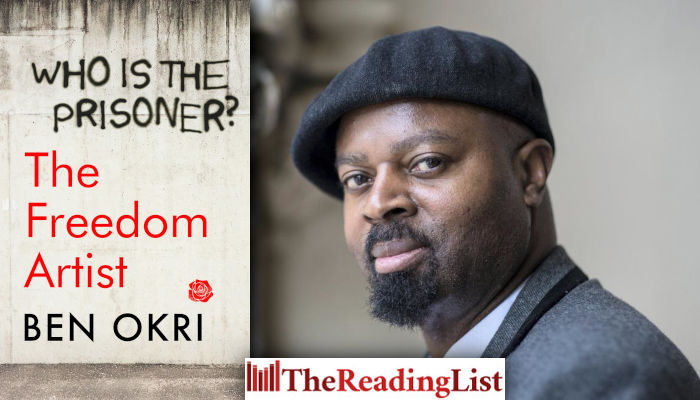 Jonathan Ball Publishers has revealed the cover for The Freedom Artist, the new novel by Booker Prize-winning author Ben Okri!

‘Okri’s latest novel is a penetrating examination of how freedom is threatened in a post-truth society. Weaving together myth and dystopia, he has crafted a powerful call to arms to defend our liberty,’ the book’s UK publisher Head of Zeus told The Bookseller. ‘The Freedom Artist is an impassioned plea for freedom and justice. It is angry, political, intriguing and significant.’

Okri added: ‘This is a novel I have been wanting to write for a long time, a fist of light against a wall of darkness.’

The Freedom Artist will be released in South Africa in March 2019.

In Ben Okri’s most significant novel since the Man Booker-winning The Famished Road, a young woman is arrested for speaking four simple words – Who is the Prisoner?

This question resonates throughout the novel, and by the end it has become the question every reader has to ask themselves. The answer is implicit in the revelation at the heart of the story.

After her disappearance, a man begins to search for the woman, because he loves her. He searches desperately at first, and then with growing realization. And we journey with him as he searches, through a frightening, disintegrating world of lies, and violence, and fear. At the heart of this disturbing world lies the Prison.

To survive, and to answer the girl’s question, the young man, like all of us, has to accept the challenge and fight back.

The Freedom Artist is a penetrating examination of how freedom is threatened in a post-truth society. It’s a powerful call to arms.

Ben Okri was born in Minna, Nigeria. His childhood was divided between Nigeria, where he saw first hand the consequences of war, and London. He has won many prizes over the years for his fiction, and is also an acclaimed essayist, playwright, and poet.