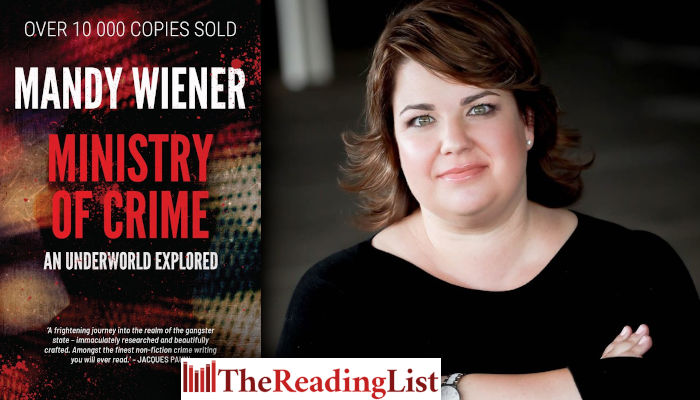 After more than 10,000 copies sold, demand for Ministry of Crime: An Underworld Explored by Mandy Wiener is still going strong!

Pan Macmillan SA is publishing a new paperback edition of this explosive book in October.

More than 10 000 copies sold of the original edition of "Ministry of Crime" by @MandyWiener and demand is still ongoing, so @PanMacmillanSA is publishing a paperback edition in October. I love this new cover! pic.twitter.com/9wGsm13Yd5

Ministry of Crime is a follow up to the bestselling Killing Kebble: An Underworld Exposed (2010). The book examines how organised crime, gangsters and powerful political figures have been able to capture the law enforcement authorities and agencies.

These various organisations have been eviscerated, hollowed out and left ineffective. They have been infiltrated and compromised and, as a result, prominent underworld figures have been able to flourish in South Africa, setting up elaborate networks of crime with the assistance of many cops. The criminal justice system has been left exposed and it is crucial that the South African public knows about the capture that has occurred on different levels.

The book was originally published in May 2018.

Tiger Woods announces a memoir that tells his ‘definitive story’