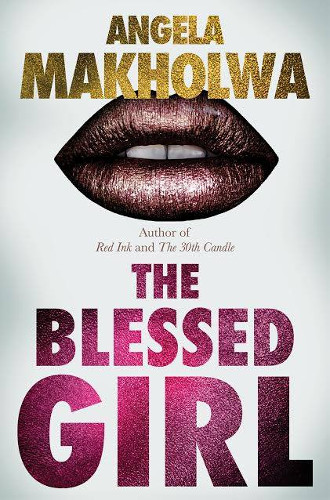 The tantalising cover for Angela Makholwa’s new novel, Blessed Girl, has been revealed!

The book will be out in October 2017 from Pan Macmillan.

Makholwa lives and works in Johannesburg. Her debut novel, Red Ink (2007), is a gripping psychological thriller. This was followed by the entertaining escapades and sexual misadventures of modern women in The 30th Candle (2009). Her third book, Black Widow Society (2013), marked a return to a thrilling, crime-ridden world.

The Blessed Girl cover offers a glimpse of what to expect from my new book Tantalising tales of a young woman who lives in the lap of luxury thanks to what she refers to as her “MEN” (Masculine Economic Necessities). Is this lifestyle as luxurious as it seems or is at a facade she has created for her loyal social media fans?