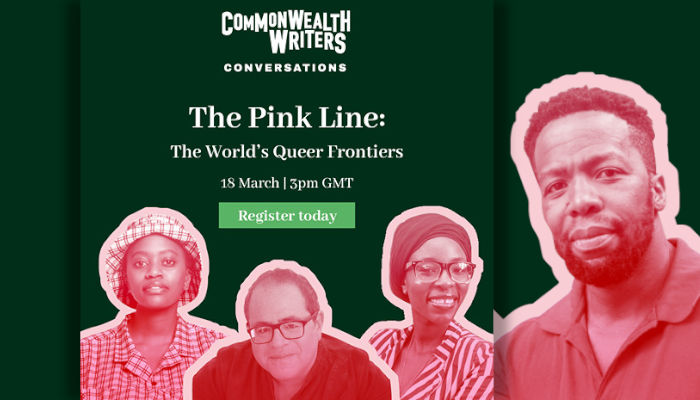 How has colonialism impacted LGBTQ+ rights? Join the debate at the next Commonwealth Writers Conversation with Mark Gevisser, Nickita Maesela and Xeenarh Mohammed.

Drawing from their wide knowledge and experience of LGBTQ+ rights and activism on the African continent, the panellists explore the importance of writers and gay icons in shifting the narrative around queerness; the gains and losses of the past decade; the impact of colonialism and globalisation; the ‘awkward dance’ between legal reform and social change; and the role of the Church in the debate around issues of gender identity and sexuality in Africa.

Central to this conversation is Mark Gevisser’s new book, one of Time Magazine’s Top 100 Reads of 2020. Six years in the making, The Pink Line: The World’s Queer Frontiers follows protagonists from nine countries across four continents to tell the story of how LGBTQ+ rights became one of the world’s central human rights frontiers in the second decade of the twenty-first century. The Pink Line folds intimate and deeply affecting stories of individuals, families and communities into a definitive account of how the world has changed, so dramatically, in such a short space of time.

Catch the conversation live on Facebook Premiere and join the Q&A on Zoom afterwards. This event is free to join.