Claire Robertson’s award-winning novel The Spiral House to be made into an international film
More about the book! 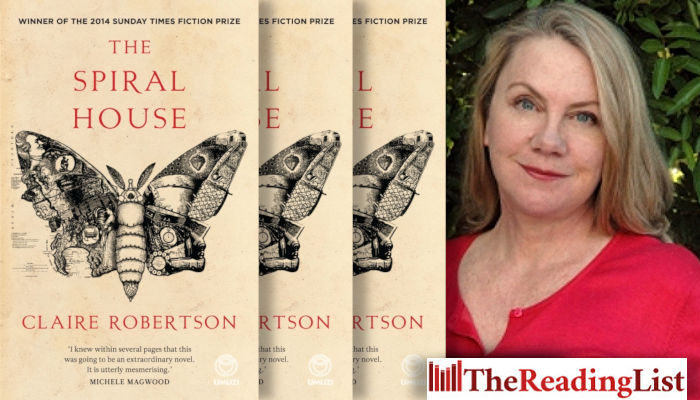 Filmmaker Erica Brumage, who optioned film rights for the book, says: ‘Claire’s writing is so evocative and her characters so authentic that one can clearly see them inhabiting their era, hear the vivid cadences of their voices and smell and feel the dirt and sweat of their lives … The Spiral House has an originality and vision that demands particular attention.’

The Spiral House tells the story of Katrijn van der Caab, freed slave and wig maker’s apprentice, who travels with her eccentric employer from Cape Town to Vogelzang, a remote farm where a hairless girl needs their services. The year is 1794, it is the age of enlightenment, and on Vogelzang the master is conducting strange experiments in human breeding and classification. It is also here that Trijn falls in love.

On her vision for the adaptation, Brumage says, ‘Claire’s highly original imagining of the origins of race classification which were to become apartheid in the twentieth century is strikingly constructed as it unfolds through the layers of interweaving love stories with richly rounded characters that are human, fallible, sometimes horrific, and entirely fascinating.

‘The tensions between them crackle with energy and dramatic promise, and the ebb and flow of the narrative trajectories of the different character pairings create richly dynamic threads against the backgrounds of the social hierarchies and science of the age.

‘I’m really excited by the performance potential that exists for the cast of actors that we find for these roles.’

All three books are published by Umuzi, an imprint of Penguin Random House. The acquisition was negotiated by the Lennon-Ritchie Agency.