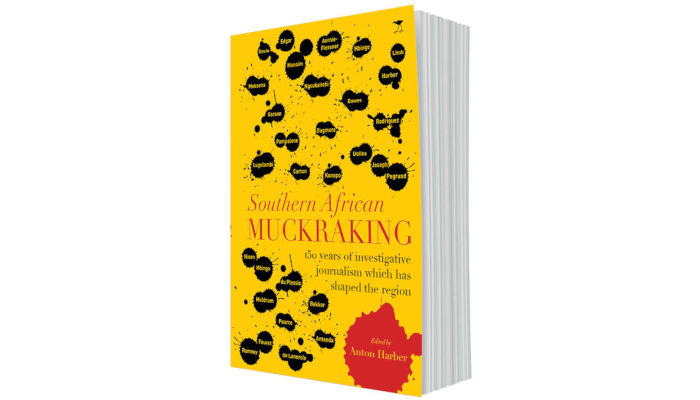 Southern African Muckraking: 150 Years of Investigative Journalism which has Shaped the Region celebrates the rich and untold history of investigative journalism in southern Africa and the crucial role it has played in holding power to account over the last 150 years.

This anthology is a selection of some of the best and most interesting investigative journalism from southern Africa, but makes no claim to be comprehensive or exhaustive. Selection has been based on an attempt to ensure a diverse and representative spread of different kinds of work covering a long period and many countries …
– Anton Harber

It tells, amongst other issues, of: the early fight against monopolies in the Cape wine industry; the man who broke the Peace of Vereeniging before the British cabinet knew about it; the escapades of ‘Mr Drum’; the nun who exposed Rhodesia’s protected village; how the opening of Parliament in eSwatini became an investigative exposé; the journalist who dressed as a priest to witness the Matabeleland massacre; and the use of satellites to get round Botswana censorship.

The book breaks new ground in tracing the history of investigative journalism back to 1706, including for the first time largely ignored work such as John Dube’s coverage of the 1906 Bambatha Rebellion and Ricardo de Mello’s fax newspaper in Angola. It highlights the long record of accountability journalism in countries such as South Africa, Zimbabwe and Namibia, and the recent surge of work in others such as Botswana, Tanzania and Lesotho.

It includes an introduction by Anton Harber, editor and professor of journalism, with each of the 47 case studies being written and contextualised by an expert in the area.