Bom Boy, Yewande Omotoso’s first novel, to be published in the US in January 2019
More about the book! 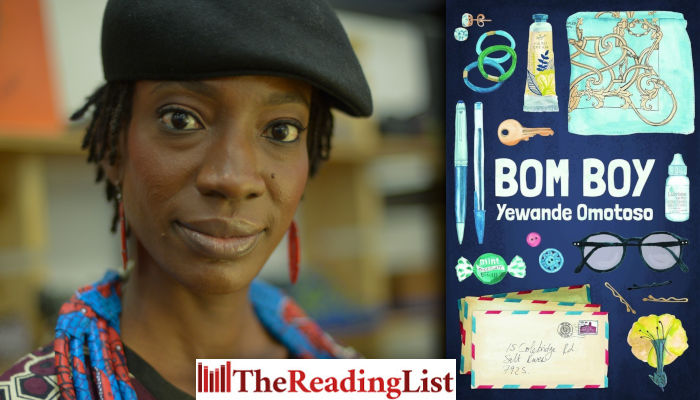 Yewande Omotoso’s debut novel Bom Boy will be published in the United States by Catalyst Press in January 2019.

Catalyst Press is an independent publishing company, founded in 2017, that focuses on books from the African continent and about Africa.

Bom Boy was originally published by Modjaji Books in 2011, and was shortlisted for the 2012 Sunday Times Fiction Prize, the MNet Film Award and the 2013 Etisalat Prize for Literature, winning the South African Literary Award for First Time Published Author.

Abandoned by his birth mother, losing his adoptive mother to cancer, and failing to connect with his distant adoptive father, Leke – a troubled young man living in Cape Town – has developed some odd and possibly destructive habits: he stalks strangers, steals small objects, and visits doctors and healers in search of friendship. Through a series of letters written to him from prison by his Nigerian father, a man he has never met, Leke learns about the family curse – a curse which his father had unsuccessfully tried to remove. Leke’s search to break the curse leads him to strange places.

‘In this intricate and evocative novel about loss and separation, every character, exchange, sentiment and locale is rendered with due precision. Yewande Omotoso is a remarkably perceptive writer.’ – Sefi Atta, author of Everything Good Will Come

Yewande Omotoso is an architect with a Masters in Creative Writing from the University of Cape Town. Her debut novel Bom Boy was published in South Africa by Modjaji Books in 2011. The Woman Next Door (Chatto and Windus, 2016), Omotoso’s second novel, was published to critical acclaim, and shortlisted for the International Dublin Literary Award, the Barry Ronge Fiction Prize and longlisted for the Baileys Women’s Prize for Fiction. She lives in Johannesburg.