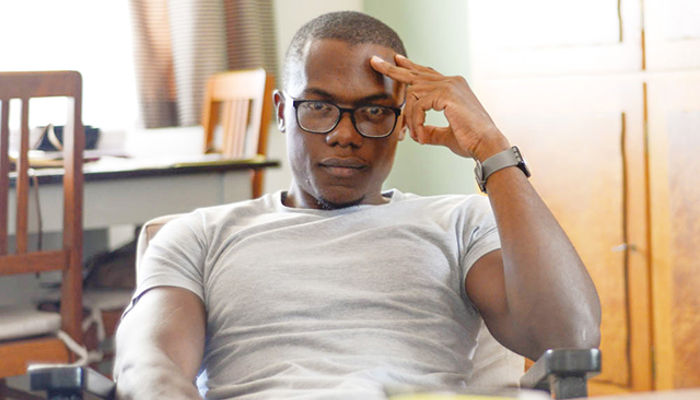 BlackBird Books is expanding its borders with the publication of The Eternal Audience of One, the debut novel by Rwandan-born Namibian writer Rémy Ngamije.

‘Remy’s writing is sublime. I was hooked from the beauty of the very first sentence,’ Blackbird Books founder and publisher Thabiso Mahlape told The Namibian.

‘I hope this means that we are moving closer towards a pan-African market, and publishing industry. And hopefully this is the beginning of an exciting era in publishing.’

The Eternal Audience of One is described as ‘a trans-generational, era-spanning, border-skipping tale of immigrant family, migration, marriage, friendship, race, love, and relationships, deftly held together by a local and international soundtrack, and the ambitions, dreams, and failures of the tale’s eclectic cast’.

BlackBird Books is an imprint, incubated by Jacana Media, that provides a platform and a publishing home to both new voices and the existing generation of black writers and narratives.

Told in three separately titled, genre-bending parts, The Eternal Audience of One follows the intersecting lives of Séraphin and a host of major and minor characters from pre- and post-1994 Rwanda; colonial and post independence Windhoek; Paris and Brussels in the 70s; the rowdy, crowded public high schools of Nairobi; the prestigious universities, hormone-saturated clubs, and youth-saturated streets of Cape Town.

It will appeal to African readers in the local and global diaspora, as well as international readers who enjoy books such as Junot Diaz’s The Brief Wondrous Life of Oscar Wao or This How You Lose Her and Chimamanda Ngozi Adichie’s Americanah.

Where does one story start and another one end? Nobody knows. All that is certain is this: everything that is not the end, must be the start of something else.

Or so we are optimistically told.

For Séraphin, a twenty-four-year-old Rwandan immigrant living in Windhoek, Namibia, suffering from the exquisite boredom and family frustration that only life in one of the smallest and slowest places of the world can serve up, the future is promising: in a few weeks’ time he will leave the stiﬂing conﬁnes of his family life for the sunny streets and shores of Cape Town – the cosmopolitan Mother City of South Africa, teeming with parties, conquests, controversies, his friends, and their adventures together. And in a year’s time, he will be a law graduate from the continent’s most prestigious university – a more daunting prospect for the career-confused, playlist-making, nerd-jock hybrid.

Everything is going according to the Plan – the Great Plan immigrant parents have and harbour for their own lives and for their children when they are forced to leave their homes and settle in new countries.

Nostalgia infects and informs the present, the future narrows, the present runs out – and each ending heralds the start of another beginning.

Rémy Ngamije is a Rwandan-born Namibian writer, photographer, graphic designer, and English educator living and working in Windhoek, Namibia. He holds BA Law and LLB degrees from the University of Cape Town. He is 29 years old.

Rémy currently works at St George’s Diocesan College where he teaches high school English and writes a weekly column for The Weekender, a supplement of The Namibian, Namibia’s largest daily newspaper. His writing portfolio, which consists of short stories, long-form social and pop culture commentary, and travel writing, can be found on his personal website, remythequill.com, one of the most widely read creative portals in Southern Africa. He is also the owner and manager of The Salsa Windhoek Social Club, the only full-time salsa dancing collective in Namibia.

The Eternal Audience of One is his ﬁrst novel.

Pigs, Love and a Bride Bereft – read an excerpt from Loves and Miracles of Pistola, the debut novel from Hilary Prendini Toffoli