Bessie Head: A writer searching for connections
More about the book! 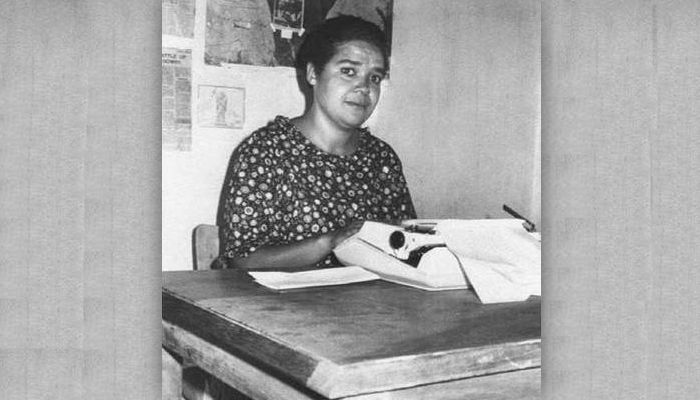 Head was born on 6 July 1937 in Pietermaritzburg, South Africa. She was the daughter of a white woman and a black man, at a time when interracial relationships were illegal in South Africa. Head spent much of her life in Botswana, and is usually considered Botswana’s most influential writer. She wrote novels, short fiction and autobiography.

She died in 1986 at the age of 48 in Serowe, from hepatitis, just as she was beginning to receive the recognition she had aspired to her whole life.

Head was a prolific letter writer, and was in regular correspondence with figures such as Langston Hughes, Robert Sobukwe and Alice Walker. She is also known to have written to Toni Morrison, Nadine Gordimer, Nikki Giovanni, Gabriel Garcia Marquez and Ngũgĩ wa Thiong’o.

‘Head didn’t write these letters as a fawning, adoring fan,’ Nyabola writes. ‘She genuinely wanted intellectual companionship from her correspondents.’

But, as Nyabola, points out, ‘Only Walker responded to Head with warmth that matched her own’. In a letter to Head in 1976, Walker wrote: ‘I think of you, your beautiful soul and spirit, your beautiful and holy work/life. It sends me into a rage …’

Head once called herself ‘An isolated goddamn outsider trying to be an African of Africa’. Nyabola describes her as ‘a city girl stuck in a village, a South African forced to build a life in Botswana, a woman outside traditional norms of womanhood, an intellectual living in a village with limited basic education at the time’. She also struggled with mental ill health.

Yet while [Head’s] mental health is often described as ‘fragile’, she was a sensitive artist who managed to retain a depth of feeling for humanity in the face of some of the ugliest chapters of human history. She lived a life apart, deprived, often along (‘You know perhaps nothing about a little village,’ she once wrote, ‘in an African village it’s goddam deep and dangerous.’) She had no amusements other than writing; there were no jazz bars, no dance parties, no speaking engagements, and no libraries or salons to kill time. And so, letter writing was Head’s primary connection, a lifeline and a means of surviving the lack of what other artists could take for granted.