Audiobook excerpt: Thick as Thieves – a gripping novel of danger, vengeance, desire and greed!
More about the book! 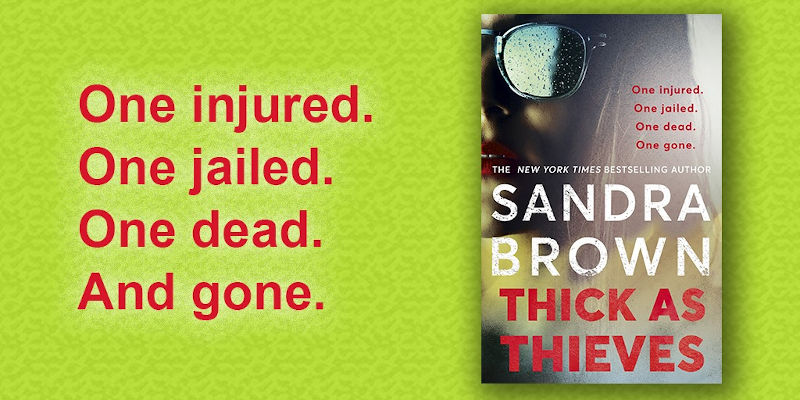 Listen to an excerpt from Thick as Thieves by Sandra Brown!

In this tantalising thriller from a #1 New York Times bestselling author, a woman uncovers lifelong secrets as she searches for the truth behind her father’s involvement in a heist gone wrong.

‘Sandra Brown skilfully sets up the sticky web of dynamics between her cast of characters … this is a tightly plotted and gripping read.’ – The Times

Twenty years ago, four men attempted to pull off the ultimate heist, almost walking away with half a million dollars. By daybreak, their plan had been shot to hell.

Arden Maxwell is the daughter of the man who disappeared all those years ago, presumedly with the money in his pocket and blood on his hands. After years of running from her past, she is returning to her family home in Caddo Lake, Texas. Little does she know, two of her father’s co-conspirators are still there. And they are watching her every move.

With Arden’s arrival, the two old accomplices are set on red alert. One of these three knows more about the money, the murder and the betrayal than they are letting on. The truth rarely stays buried forever, and many would kill to uncover it.

Listen to the excerpt, read by Kyf Brewer: