Attention Mahikeng! Join Gaongalelwe Tiro at the Maftown Book Club to discuss his book Parcel of Death: The Biography of Onkgopotse Abram Tiro (30 Jan)
More about the book! 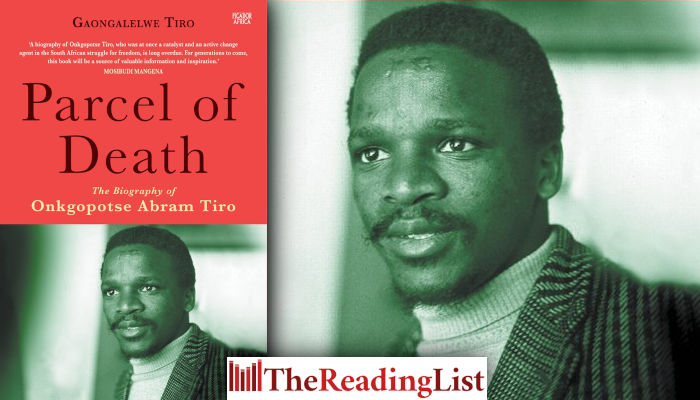 The Maftown Book Club session for the month of January will focus on Gaongalelwe Tiro’s book Parcel of Death: The Biography of Onkgopotse Abram Tiro.

The theme of the event is: From Tiro To Fallists: Student Activism In Pre- and Post-democratic South Africa.

Guests for the evening will be Dr Oscar van Heerden and Gaongalelwe Tiro, and the facilitators will be Dr Sandile Fuku and Gomolemo Mothibi.

There will be a live broadcast by Mahikeng FM.

The book will be available for purchase at R250.

On 29 April 1972, Tiro made one of the most consequential revolutionary addresses in South African history. Dubbed the Turfloop Testimony, Tiro’s anti-apartheid speech saw him and many of his fellow student activists expelled, igniting a series of strikes in tertiary institutions across the country.

By the time he went into exile in Botswana, Tiro was president of the Southern African Student Movement (SASM), permanent organiser of the South African Student Organisation (SASO) and a leading Black Consciousness proponent, hailed by many as the ‘godfather’ of the June 1976 uprisings.

Onkgopotse Abram Tiro, a South African freedom fighter who was assassinated with a parcel bomb has been given new depth and meaning with Gaongalelwe Tiro's take on his life. pic.twitter.com/EnBB6P51ta