A Short History of Spaghetti with Tomato Sauce – the myths surrounding the world’s favourite dish, debunked
More about the book! 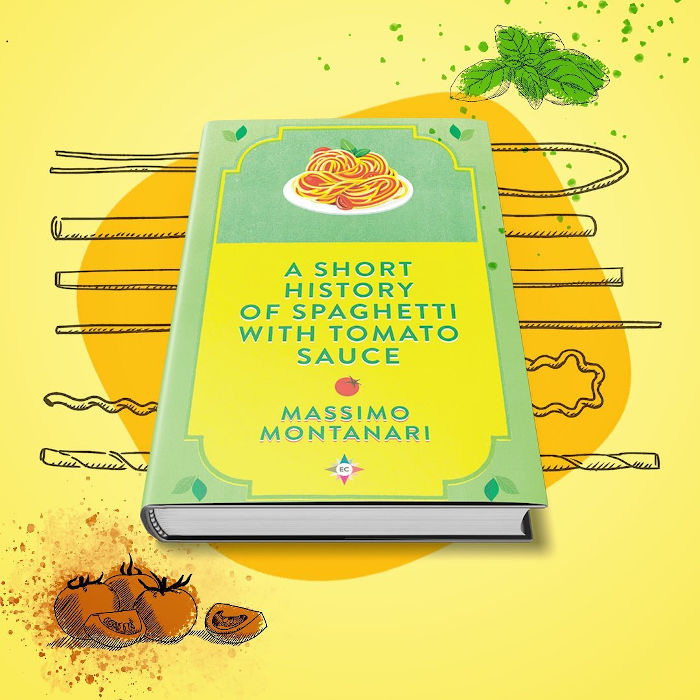 A Short History of Spaghetti with Tomato Sauce by Massimo Montanari is out now from Jonathan Ball Publishers!

Pasta is an iconic symbol of Italy and its cuisine. Hundreds of shapes and thousands of recipes give expression to the culture and products of the country’s regions. But spaghetti with tomato sauce remains Italy’s identity dish par excellence.

Massimo Montanari goes in search of the dish’s true origins, tracing its history along the multiple, intricate routes taken by its raw ingredients to merge and become the distinctive element of a whole culinary tradition.

Did medieval explorer Marco Polo bring pasta back from China, or is that a myth? How did the Neapolitan ‘macharoni’ turn into the ubiquitous spaghetti? And is it even an Italian dish?

In the kitchen, the blending of practices and traditions is as necessary as seasoning. It took almost two thousand years and input from the Far East, the Arabic world, and the Americas, for spaghetti with tomato sauce to take centre stage. Its development is the result of chance encounters, unplanned exchanges, and unpredictable intersections.

The deeper we dig in search of the dish’s origins, the more we find its strands wrap right around the world …

Massimo Montanari, currently Professor of Medieval History at Bologna University, is a scholar in Food studies. He has been invited as visiting professor to a number of leading universities in Europe, Japan, the United States, Mexico and Canada, and is one of the founders of the international review Food & History. Gregory Conti teaches English at the University of Perugia and is a regular contributor to Raritan. His most recent translations are ‘Seven Poems’ by Elisa Biagini and The Fault Line by Paolo Rumiz (Rizzoli USA, 2015).