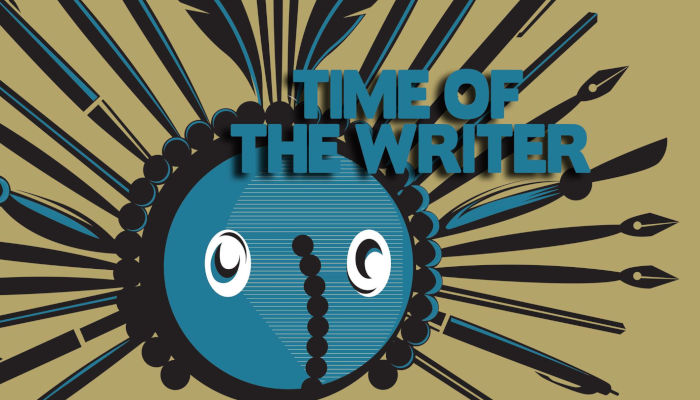 The line-up and programme for the 22nd Time of the Writer Festival have been announced!

This year’s festival will take place from 12-17 March 2019 under the theme ‘Changing the Narrative’.

Events will take place at libraries in and around Durban during the day, and at the Elizabeth Sneddon Theatre in the evenings.

All events are free and open to the public. 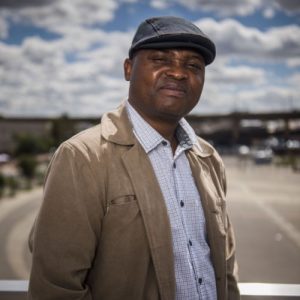 Soweto-born author Niq Mhlongo has joined the Centre for Creative Arts team to curate this festival this year, as part of the Andrew Mellon Foundation’s partnership with the University of KwaZulu-Natal for its ‘Artist in Residency’ programme.

‘Mhlongo’s inspired vision, much like the power of his own award-winning novels, offers a head on collision with debates around belonging and the role of an author in South Africa,’ festival organisers said. 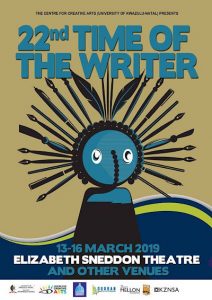 The University of KwaZulu-Natal’s Centre for Creative Arts (CCA) presents its 22nd annual Time of the Writer Festival from 13 to 16 March 2019.

Celebrating Durban’s status as the UNESCO City of Literature, Time of the Writer 2019 offers a shining gem of a four-day festival that allows audiences, budding authors and literature lovers a chance to encounter some of South Africa’s most notable writers in some wonderfully curated up close and personal encounters.

Embracing controversy, joy and the power of stories and books to change and map lives, this year’s festival takes as its theme ‘Centring the Indigenous’. ‘For this 2019 festival only South African authors have been invited as we claim this precious space to talk about how words, writing and literatures shapes the zeitgeist of us as South Africans at this tipping point in our country’s history,’ says Lliane Loots the acting Director of the CCA . ‘Time of the Writer 2019 has made a commitment to let South African voices be honoured this year as we move ourselves into the centre of our own ability to write ourselves; and to write alternate futures for ourselves. This festival claims an activist space that joins with a growing South African (and African) discontent with outmoded and outdated ways of speaking truth to power.’

Guest curated by writer and activist Niq Mhlongo, Time of the Writer 2019 is also decentralising its delivery and so venues for the festival include the Elizabeth Sneddon Theatre, KZNSA Gallery, Auditorium Hall (Sizakala Centre, Zazi Road, Clermont) and Grosvenor Library (3 Wesley Rd, Grosvenor, Durban, 4052) as well as Inchanga and Inanda Libraries. All events for 2019 are free to the public as we actively open the doors for the exchange of ideas and words.

Soweto born Niq Mhlongo joins the CCA team to curate this festival as part of the Andrew Mellon Foundation’s partnership with UKZN in its ‘Artist in Residency’ programme. Mhlongo’s inspired vision, much like the power of his own award-winning novels, offers a head-on collision with debates around belonging and the role of an author in South Africa. Mhlongo has a degree from WITS where he majored in African Literatures and Political Studies. After enrolling to study further at UCT, Mhlongo eventually discontinued this Law degree to write his first award winning novel Dog Eat Dog (2004). He has been called ‘one of the most high-spirited and irreverent new voices of South Africa’s post-apartheid literary scene’.

The Time of the Writer offers various book launches over the four days of the festival and, in an unprecedented partnership with eThekwini Libraries, offers workshops and panel discussion that will take these writers into a number of eThekwini libraries to share their words and ideas.

Of special interest is the Publishing Forum on Saturday, 16 March at the KZNSA Gallery where a specially curated panel will offer an open discussion on the state of publishing in South Africa. Topics will include the what, where and how of getting your words published. This is set against the alarming rate of books store closures in KZN and the potential power of technology to outshine the printed book. Issues around self-publishing will be discussed as well as offering representation from some of KZN’s top publishers. The panel runs from 10am to 12noon, and a whole host of books will be on sale at the venue.

Alongside this Publishers Forum at the KZNSA Gallery, Time of the Writer 2019, pays tribute to our younger readers in its special gathering for children. Also happening from 10am to 12noon, this session will offer African storytelling and the reading of South African stories written for a younger reader/audience.

The opening night of the 22nd Time of the Writer will take place at the Elizabeth Sneddon Theatre on Wednesday 13 March at 7pm. The event is free, and tickets will be on a first come-first-serve basis.

The full 22nd Time of the Writer four-day Programme will be available from Wednesday 20th February 2019.