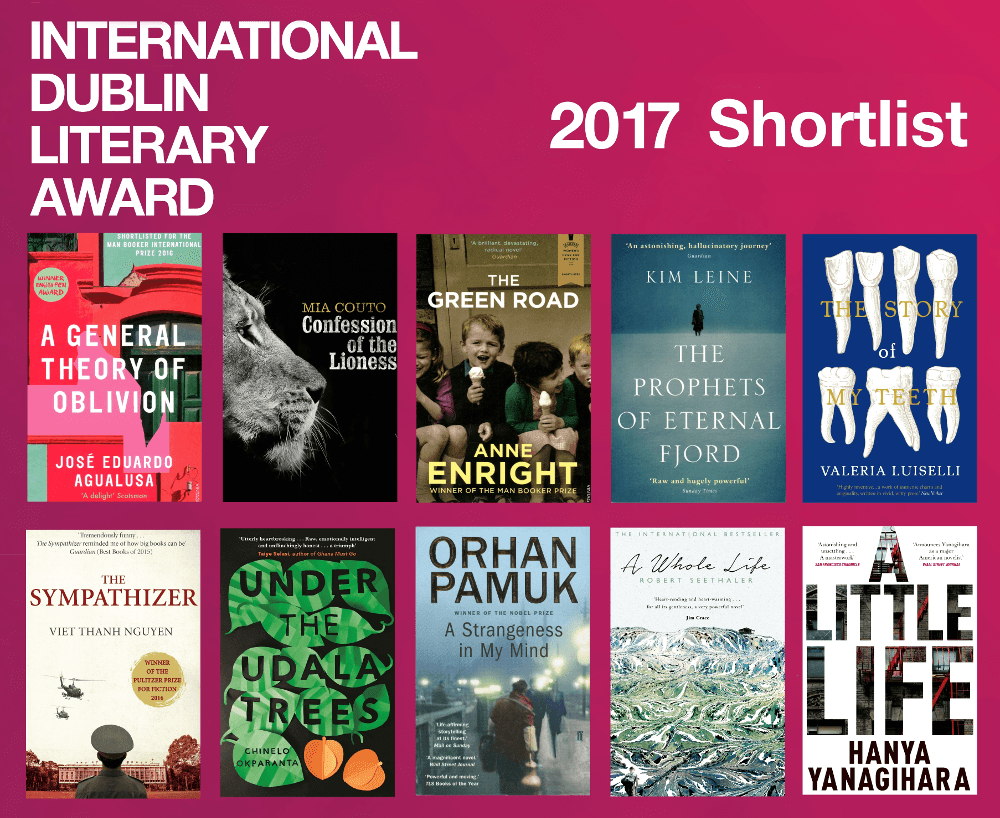 Anne Enright is the only Irish author to make the list, along with previous winner Orhan Pamuk and American writer Viet Thanh Nguyen, who won last year’s Pulitzer Prize for Fiction for his novel The Sympathizer.

The winner will be announced on Wednesday 21st June.

The International Dublin Literary Award, formerly known as the IMPAC Award, comes with €100,000 (about R1,5-million) prize money, making it the most valuable award for a single work of fiction in English. If the winning book is a translation, the author receives €75,000 and the translator €25,000. The winner also receives a trophy provided by Dublin City Council.

The award is now in its 23rd year and aims to “promote excellence in world literature”. Nominations are made by libraries in major cities throughout the world, on the basis of “high literary merit”, with participating libraries nominating up to three books. Over 400 library systems in 177 countries worldwide are invited to nominate books each year.

‘The titles on this year’s shortlist were nominated by public libraries in Austria, Belgium, Brazil, Croatia, Denmark, Germany, Greece, Ireland, Poland, Portugal, Russia, Scotland, Sweden and the USA. This is the beauty of this award; it reaches out to readers and authors worldwide, while also celebrating excellence in contemporary Irish literature represented on the 2017 shortlist by our laureate for Irish Fiction, Anne Enright.’

‘The 2017 winner will be chosen from this intriguing international shortlist which includes six novels in translation from Danish, German, Portuguese, Spanish and Turkish. The novels come from Angola, Austria, Denmark/Norway, Ireland, Mexico, Mozambique, Nigeria, Turkey, Vietnam and the USA. Issues of conflict and communication are set against a myriad of cultural and family settings and in contemporary and historic time periods. For readers, these stories add new and absorbing characters to our circle of international literary acquaintances.’