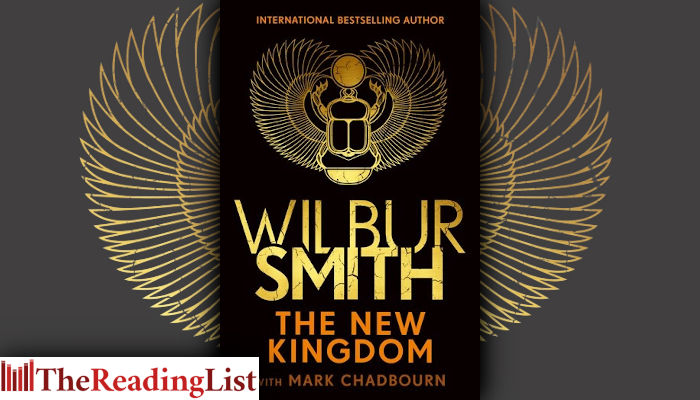 Wilbur Smith has a major new 10-book deal – including a return to Egypt with a thrilling new series!

As well as further novels in the popular Courtney and Ballantyne series, Smith will be revisiting his fan-favourite Ancient Egyptian Series with a new spin-off collection based in the same universe, titled Ancient Egypt: The New Kingdom. The series will establish new characters in the world previously introduced to readers through the eyes of Taita, the hero of Wilbur Smith’s original Ancient Egyptian Series, created in 1994. That series currently runs to six books: River God, The Seventh Scroll, Warlock, The Quest, Desert God and the latest, Pharaoh, published in 2016.

The first book in the new series, The New Kingdom, will publish in September 2021. It returns to the era of River God and follows the story of the charioteer, Hui, who will already be familiar to Wilbur Smith fans. Hui’s story straddles the great geographical divisions that lay at the heart of Ancient Egyptian civilisation: between the Nile and the desert, civilisation and barbarism, order and chaos. The story is inspired by the myth of Osiris and Seth, two Egyptian brother gods who grow to become adversaries, and will provide a thrilling adventure for all readers.

‘I’d like to thank my readers for inspiring me to keep imagining over the past eight years. Thanks to them I’ve continued the legacy of my characters while answering their curiosity about my characters’ fate. We now have 10 new novels ready for my readers and their families and a treasure chest of twenty outlines for the future.

‘Bonnier Books UK provides a wonderful home for the Courtneys, the Ballantynes, Taita and every character in-between. I still get excited when I look down over this fictional universe that I’ve created and think about new stories to come.’

‘It’s great to see Wilbur’s priceless backlist side-by-side with so many exciting new books for many years to come. Bonnier Books UK has also been a great partner with The Wilbur and Niso Smith Foundation, helping us celebrate and advance the adventure writing genre around the world.’

‘This major new agreement further strengthens the close creative partnership formed between Wilbur Smith and Bonnier Books UK that commenced back in 2017. We are absolutely delighted to announce the deal and to continue on this exciting journey together over the coming years.’

‘We could not be prouder to be working with Wilbur Smith on his future books. Among a wonderful galaxy of novels, the prospect of four further books in Wilbur’s acclaimed Egyptian sequence is particularly exciting. We have a big launch planned for The New Kingdom next autumn, and I can promise his legion of fans they have something truly special to look forward to.’