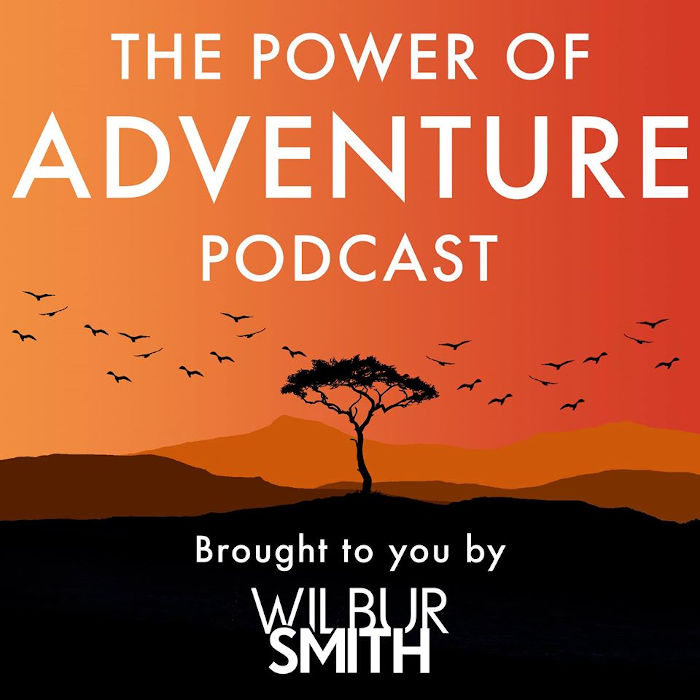 Wilbur Smith has launched a podcast called The Power of Adventure.

Having previously entered the audio space with a comprehensive digitisation of his back catalogue, this is a first jump into the podcast market for an author synonymous with adventure.

Presented by renowned adventurer and survival consultant Megan Hine (Running Wild With Bear Grylls, Man vs Wild) the series was commissioned by Wilbur Smith to share his love of adventure with the world and inspire others to embark on personal journeys of discovery.

The podcast is designed to encourage introspection among listeners and be an intriguing, amusing and emotional study in the energising effect you can derive from leaving your comfort zone.

Guests and summary of each episode

Episode 2: Reza Pakravan – Imprisoned in Darfur – Explorer, filmmaker and writer Reza Pakravan talks about his trek across the entire African continent, and tells the story of a harrowing four-day prison stay.

Episode 4: Mungo – Extreme Cameraman – Megan meets Paul ‘Mungo’ Mungeam, cameraman and presenter. The two trade stories from their work alongside Bear Grylls – including what happened when Channing Tatum tried to do a backflip out of a helicopter.

Episode 5: Dwayne Fields – From Gun Crime to the North Pole – Dwayne Fields tells his emotional life story to Megan, which took him from the street gangs of inner city London to a 400 mile expedition through the Arctic to the magnetic North Pole.

Episode 6: Megan Hine – What Is Adventure? – Megan reflects back on the series as well as her own experiences, to uncover the lessons from these incredible stories. She concludes with how an adventurous mindset can deliver transformative results.

This initiative, as with the work of the Wilbur and Niso Smith Foundation, will preserve and invigorate adventure writing as a genre and use adventure as a platform to help people unlock their potential.

Smith, who is the author of the longest-running series in publishing history, said of the new podcast:

‘It’s been said that having an adventure is the only way to learn something about yourself and the world at the same time. If that is not available to you right now with the global pandemic situation or for many other reasons, then reading or listening to adventure stories may broaden your horizons in unexpected thrilling ways.

‘I am very pleased to bring to you a new podcast series that reinforces those principles by exploring the essence of adventure. I am sure my new heroes, the stars of the podcasts will invigorate you to place adventure in the heart of your imagination. I can’t think of a better collective of dare devils that capture the fierce determination of Saffron Courtney in Courtney’s War or the adventurous spirit of Penrod Ballantyne in King of Kings than the six people featured in the podcast.’

Kevin Conroy Scott, Wilbur’s literary agent, said: ‘It’s fantastic to see a new generation of adventurers talking to the intrepid Megan Hine. Each one could be a character in a Wilbur Smith novel in their own right. The essence of every adventure Wilbur has taken has ended up in the pages of his books. We hope that his passion for the power of adventure will help these adventurers share their stories too.’

Megan Hine, adventurer and survival consultant, who presents the series said, ‘I’m incredibly excited to host The Power of Adventure podcast and to work with the Wilbur Smith brand. This project allowed me to visit five inspiring adventurers, all with different backgrounds and approaches to their goals in the adventure arena and explore the questions, What is adventure? Can lessons be transferred from the hardships they have endured into everyday life?

‘Adventure really is on our doorstep – it can be in the green spaces of your town or city, or it can be further afield. It could be anything from going on a camping trip to trekking through the Amazon. It could take six months, or it could take 60 minutes. For me, adventure is about recognising what the world has to offer, big and small, and then pushing my limits to make the most of it all. I am hoping that the audience use this as a platform to look at themselves and be inspired to test their own limits.’

Wilbur Smith is a worldwide phenomenon. His readership has built up over 55 years of writing. Born in Central Africa in 1933, Wilbur became a full-time writer in 1964 following the success of When the Lion Feeds, and has since published over 40 global bestsellers, including the Courtney Series, the Ballantyne Series, the Egyptian Series, the Hector Cross Series and many successful standalone novels, all meticulously researched on his numerous expeditions worldwide.

The establishment of the Wilbur & Niso Smith Foundation in 2015 cemented Wilbur’s passion for empowering writers, promoting literacy and advancing adventure writing as a genre. The foundation’s flagship programme is the Wilbur Smith Adventure Writing Prize.