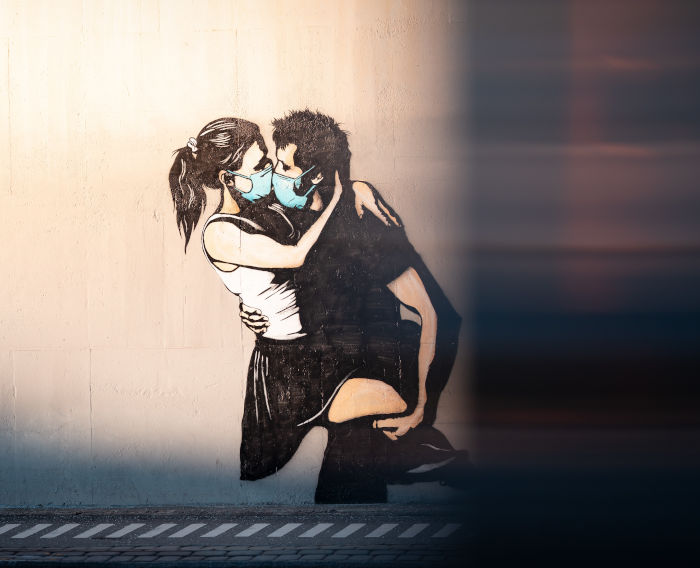 And Then What Happened?
By Paige Nick

Not about its importance or longevity, I’ll never be conflicted about that. Storytelling’s been around as long as we have, and it’s not nearing The End any time soon.

What I am conflicted about is the content of storytelling right at this minute, June the 746th, 2020.

As a freelance advertising copywriter, columnist and author, the world may have slowed for me since February, but storytelling deadlines seem to be coming at me faster and faster.

There’s this column every week, and then I’m also currently engaged at various stages of procrastination on a number of other writing and advertising projects.

My first current concern with storytelling is that I’ve always mined my content in the wild, out in the world around me. In general, I write comedy-toned things, about life, sex, relationships, sometimes dating, often awkward interactions, bizarre goings on, freakish predilections (sometimes yours, sometimes mine) and strange days indeed.

Before we stayed the eff at home, I was spending time in all sorts of advertising studios and/or bars, populated by much younger, thinner, hipper people than I’ll ever be again, and that’s proven a great source of inspiration. Soaking up their hipster strangenesses, listening to their tales of hook-ups and let-downs. First absorbing, then googling their slang.

So much of what gets me going on some useless tangent or other – or scary googling spree – starts with these stories. They get lodged in me like mielie threads and have to be pulled out, in one of those never-ending, multicoloured hanky magic tricks.

One millennial at a nearby open-plan hot-desk, wearing a yellow knit cardie ironically, had run out of clean glasses and couldn’t be arsed to wash up, so she had a dinner party where everyone drank out of her shoes. BC obviously.

Another (who plays the harmonica, I kid you not) lives with a professional-but-not-really-professional skateboarder slash surfer, who pays the rent by taking part in medical trials for research, selling his hair and sperm between viable trials.

Come on, this stuff is begging to be written about.

And so this year, my eavesdropping story world has collapsed into a smaller space. Plus, now everything has this annoying corona-slant, which is starting to get old.

So, sure, we’re still telling stories, and we need them for our sanity now more than ever – just look at Netflix’s revenue – but all our new stories are living in the same, over-traded landscape.

My other storytelling dilemma is future-based. I’m currently navigating my way around a pitch for a comedy TV series. Wouldn’t it be hilarious if I could actually finish it?

But this is where I’m stuck; what world do I set my scenes in? I don’t write sci-fi, so I’m not talking about whether it’s set in a zombie apocalypse, or set on the moon, or in a boarding school for dragons. I mean, when I’m writing scenes that could one day maybe be green-lit, produced, filmed and screened, are my characters wearing masks? Are they bumping elbows and not hugging? Are they staying away from shopping centres and hand sanitising every three minutes?

Or do I pretend none of this ever happened, that we woke up in a day or two and it was all just a horrible patch in time, and write my characters in the world as we used to know it, with what’s familiar to us, what we know life to be?

I’m honestly stuck. It’s unlikely the world will ever go back to where it was before All This, so it doesn’t make sense to represent it in an old-fashioned way, unless one’s writing a period piece, by which I mean circa December 2019.

But writing forward, we have no clue what’s next. Sure, we know how society is working (or not) right now, this second, today. But tomorrow or the next day things are likely to change again. And then three more times before breakfast.

So, how do I frame my near-future storytelling in a gym, in a nightclub, or in a post office? Will any of those things even exist? Can my characters go to an office block, a mall, the Pirates vs Chiefs derby, or a Lady Gaga concert? What will those things look like?

I know columns, blog posts and opinion pieces are supposed to offer a hypothesis, or a solution, or at least a theory, but we’re stuck in the middle of the story, and I have no idea how this one is going to end.

This column first appeared in the Sunday Times on Sunday, 7 June 2020.