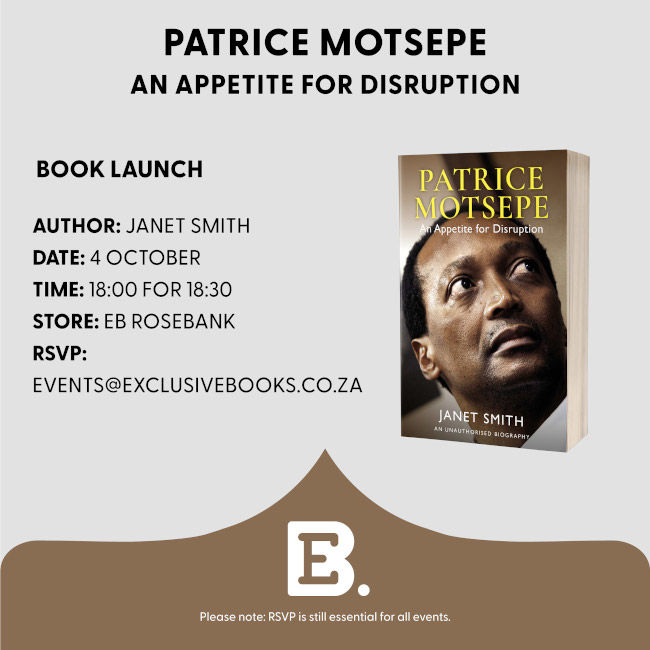 Jonathan Ball Publishers and Exclusive Books invite you to the launch of Patrice Motsepe: An Appetite for Disruption by Janet Smith.

Known as much for his philanthropy as for his commercial nous, entrepreneurship, and for being a soccer boss and family man, Patrick Motsepe is a near-legendary figure in South African business.

Motsepe has always followed his instincts – and he’s often been ahead of the curve. Never shy to shake up the status quo, this star law graduate made a deal with Anglo American in the late 1990s, marking the beginning of a series of unique long-term relationships for what would become his African Rainbow Mineral business empire.

As the long-time owner of South African soccer franchise, Mamelodi Sundowns, Motsepe became the president of the Confederation of African Football in 2021, and consequently a vice-president of Fifa, football’s global governing body.

In this unauthorised biography, journalist Smith mines the public archives to try to get to the bottom of what makes this hugely successful, intensely private man tick.