The Rise of African Speculative Fiction: A special issue of The Manchester Review
More about the book! 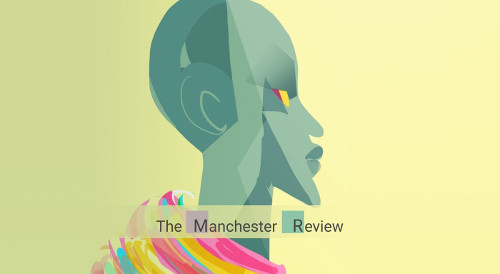 Click on the link above to read the full issue.

The issue is edited by Geoff Ryman, who writes in his introduction that his aim with the anthology was to trace ‘the social process that created African speculative fiction’:

Yes, there has always been imaginative storytelling in Africa.

But a defined series of genres that help shape writing? Venues where readers could find the stuff? Where SFF writers could get published and (sometimes) even paid? Awards specifically for speculative fiction by Africans?

No. Not until recently.

Things really took off about 2012. The earliest flickerings were about 2003 – though deep deep roots go back to earlier fantastic writing, and all the way into millennia of African culture.

This is a collection of damn good stories – plus a complete comic and an excerpt from a film script.

But each of the 21 stories is also a moment in history, part of the process. It stands for itself. It also stands for other similar stories, or writers who came with them in waves. They stand for the editors who founded venues that gave that story a home.

This is about how African speculative fiction gave birth to itself.

The issue contains 21 stories, most of which were previously only available in print, as well as a further 21 stories that are already available online and for free.

Click on the link above to read the full issue.

New book alert! Autopsy: Life in the Trenches With a Forensic Pathologist in Africa by Ryan Blumenthal

Join Ryan Blumenthal for the virtual book launch of Autopsy: Life in the Trenches With a Forensic Pathologist in Africa (26 Aug)