Podcast: Raymond Suttner discusses his book Inside Apartheid’s Prison
More about the book! 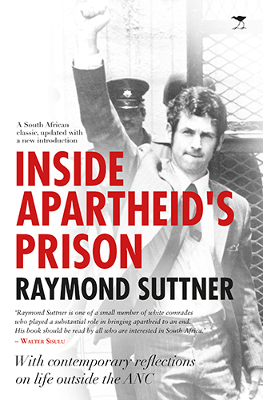 Raymond Suttner is one of a small group of white South Africans who was imprisoned for his efforts to overthrow the apartheid regime.

Suttner was first arrested in 1975 and tortured with electric shocks because he refused to supply information to the police. He then served eight years because of his underground activities for the African National Congress and South African Communist Party.

His book Inside Apartheid’s Prison was first published in 2001, and was shortlisted for the Sunday Times Alan Paton Award in 2002, but it was unavailable in South Africa. Jacana Media has now republished the book, with a completely new introduction.

The book describes Suttner’s experience of prison in a low-key, unromantic voice, providing the texture of prison life, but unlike most ‘Struggle memoirs’ it is also intensely personal. Suttner is not averse to admitting his fears and anxieties.

The new edition contains an introduction where Suttner describes his break with the ANC and SACP. But, he argues, the reason for his rupturing this connection that had been so important to his life were the same – ethical reasons – that had led him to join. He remains convinced that what he did was right and continues to act in accordance with those convictions.

Listen to Suttner discussing the book on Power FM: