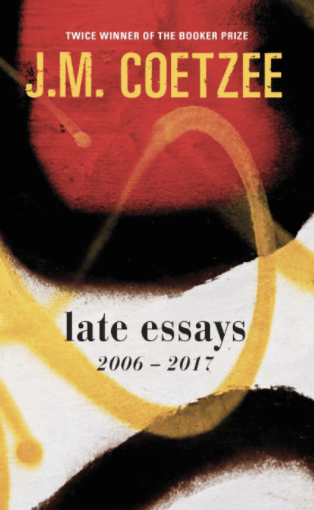 A new collection of JM Coetzee’s essays has been announced by Penguin.

The book will be published by Harvill Secker and released on 7 September, 2017.

Stranger Shores, a collection of JM Coetzee’s essays from 1986 to 1999, was followed by Inner Workings, which contained those from 2000 to 2005. Late Essays gathers together Coetzee’s literary essays since 2006.

The subjects covered range from Daniel Defoe in the early eighteenth century to Coetzee’s contemporary Philip Roth. Coetzee has had a long-standing interest in German literature and here he engages with the work of Goethe, Hölderlin, Kleist and Walser. There are four fascinating essays on fellow Nobel laureate Samuel Beckett and he looks at the work of three Australian writers: Patrick White, Les Murray and Gerald Murnane. There are essays too on Tolstoy’s great novella The Death of Ivan Ilyich, on Flaubert’s masterpiece Madame Bovary, and on the Argentine modernist Antonio di Benedetto.

JM Coetzee, a great novelist himself, is a wise and insightful guide to these works of international literature that span three centuries.