My Father, My Monster by McIntosh Polela to be republished by Jacana Media
More about the book! 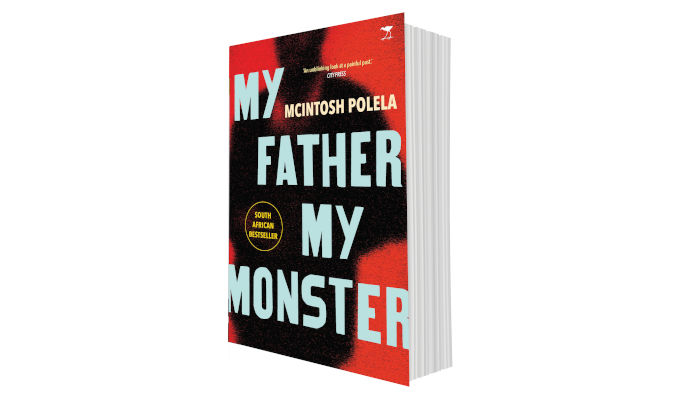 McIntosh is back! 11 years since its release, this South African bestseller is being republished.

‘We learnt to trust no one. We spoke to no one in the family about our frequent abuse, for they showed us no love. In fact, the adults punished all the children, our abusers included, for the slightest of mistakes. Every misdemeanor, no matter how small, was met with a severe whipping. The beatings were disproportionate to our offences, and as bad as any we received when they weren’t around or weren’t looking.’

Behind his unfazed demeanour, a troubled past haunts McIntosh Polela. His parents disappeared when he was a little boy, leaving him and sister Zinhle to suffer years of brutal abuse. When the truth of his parents’ disappearance is revealed, the teenage McIntosh makes a homemade gun which he keeps for the day when he finds his father. McIntosh must confront him about his mother’s brutal death. And how can he forgive his father, his brutal monster?

In a 2012 article for the Daily Maverick, J Brooks Spector wrote,

‘To speak with McIntosh Polela, now that his book has been enthusiastically embraced by readers and reviewers, is to find a thoughtful young man trying to understand the nature of the intense anger carried by so many other young men in South Africa today. Like most of the rest of us, Polela is at something of a loss to explain why they carry this around – and then too often act upon it – or why he has found a way to confront all the wounds in his own life and move beyond them and why others can’t.’

‘An unblinking look at a painful past.’ – City Press

‘I read the book from cover to cover in a single sitting and it wasn’t long before I picked it up and read it right through again. It’s a beautiful book, and something our rather jaded Rainbow Nation needs right now.’ – Janet van Eeden

‘McIntosh Polela has written a startling, alarming memoir of his upbringing. But it is also an absolutely riveting read – once started, it is virtually impossible to put aside …’ – J Brooks Spector