Kunene and The King – a refreshingly funny and vital new play by John Kani
More about the book! 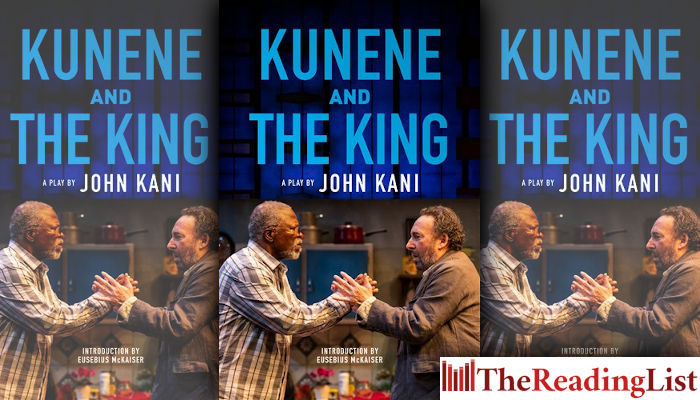 John Kani’s play Kunene and The King is out now from Jonathan Ball Publishers.

‘What lies beneath the apparent simplicity of this play, is a lot of moral, political and existential depth. This is testimony to the brilliance of John Kani, a creative wizard who continues to be a prodigious and excellent artistic gift to the world.’ – Eusebius McKaiser, political analyst and author

South Africa, 2019. Twenty-five years since the first post-apartheid democratic elections, two men from contrasting walks of life are thrust together to reflect on a quarter century of change.

Jack Morris is a celebrated classical actor who has just been given both a career-defining role and a life-changing diagnosis. Besides his age, Jack has seemingly little in common with his at-home nurse Lunga Kunene, but the two men soon discover their shared passion for Shakespeare, which ignites this ‘rich, raw and shattering head-to-head’ (The Times).

Written by South African actor, activist and playwright John Kani, this refreshingly funny and vital new play premiered in the Swan Theatre, Stratford-upon-Avon in 2019, before transferring to the Ambassadors Theatre in London.

A co-production with the Fugard Theatre, it was directed by Janice Honeyman with moving performances from Antony Sher and John Kani.

Bonisile John Kani (born 30 August 1943) is a South African actor, activist, author, director and award-winning playwright. The more famous of his plays are Sizwe Banzi is Dead and The Island, both co-written with Athol Fugard and Winston Ntshona. Kani’s work has been widely performed around the world, including New York, where he and Winston Ntshona won a Tony Award in 1975 for Sizwe Banzi Is Dead and The Island. He is known for portraying T’Chaka in Captain America: Civil War (2016) and Black Panther (2018), Rafiki in the 2019 remake of The Lion King and Colonel Ulenga in the Netflix film Murder Mystery (2019) with Adam Sandler and Jennifer Aniston.