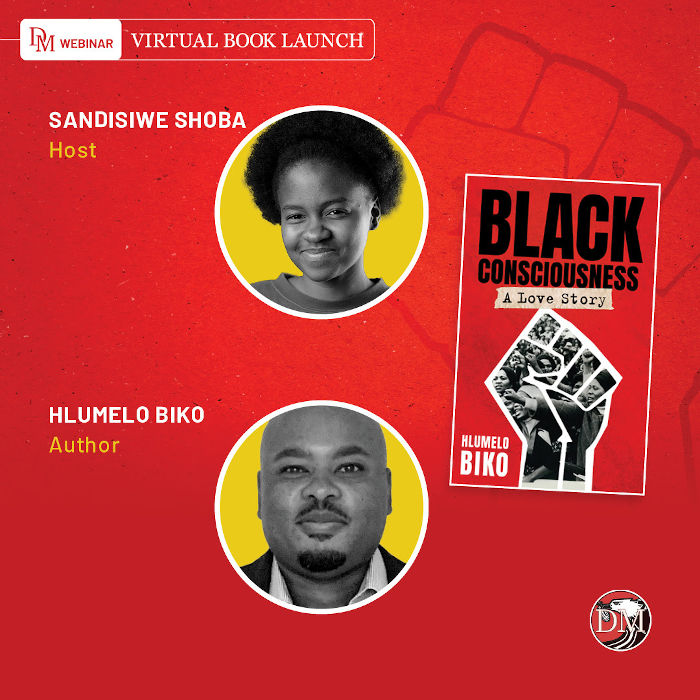 Join the Daily Maverick journalist Sandisiwe Shoba in conversation with Hlumelo Biko, entrepreneur, writer and the son of Black Consciousness leader Steve Biko and Dr Mamphela Ramphele, as they explore a unique and powerful love story.

‘If Steve Biko were alive today, we would have a country that gladly embraces African culture as the dominant driving force for how society is organised …’

In his deeply personal book, Black Consciousness: A Love Story, Hlumelo Biko movingly recounts his parents’ love story and how the BCM’s message of black self-love and self-reliance helped to change the course of South African history.

In spiritual conversation with his father, Hlumelo re-examines what it takes to live a Black Consciousness life in today’s South Africa. He also explains why he believes his father – who was brutally murdered by the apartheid police in 1977 – would have supported true radical economic transformation if he were alive today.