Join Richard Steyn in Cape Town for the launch of Churchill and Smuts: The Friendship
More about the book! 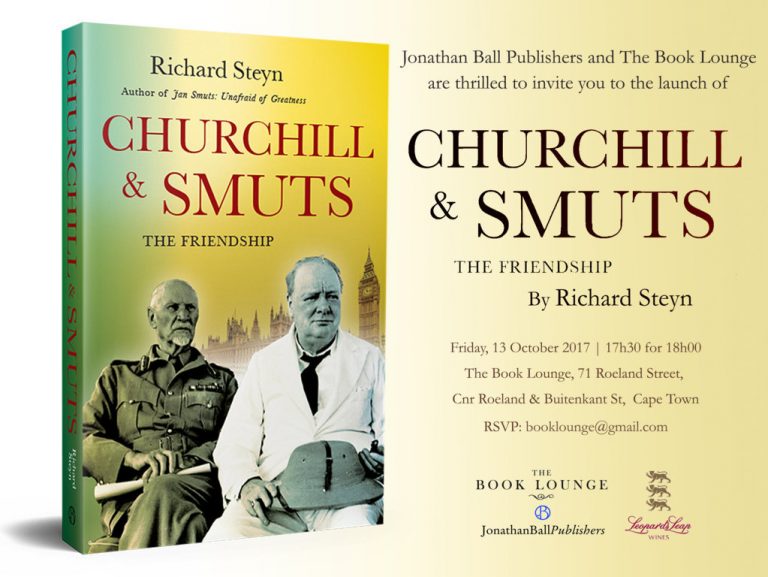 Jonathan Ball Publishers and The Book Lounge are thrilled to invite you to the launch of Churchill and Smuts: The Friendship by Richard Steyn.

Brought together first as enemies in the Anglo-Boer War, and later as allies in the First World War, Winston Churchill and Jan Smuts forged a friendship which spanned the first half of the twentieth century and endured until Smuts’s death in 1950.