Join journalist Philippa Garson for a Zoom talk about life on the frontline in the last years of apartheid (17 June)
More about the book! 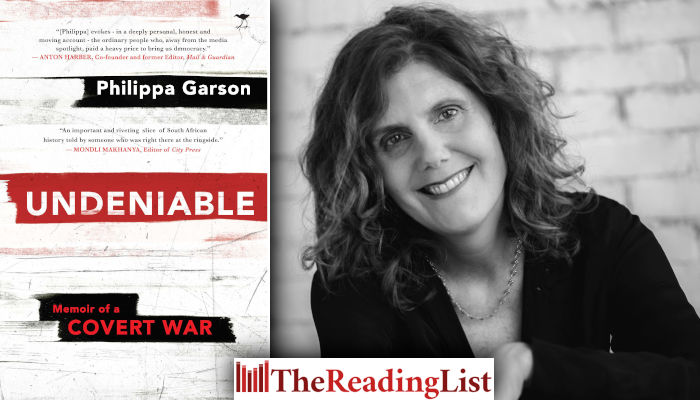 Life, in a Garden will be hosting a Zoom chat with Philippa Garson to discuss her new book Undeniable: Memoir of a Covert War.

The event forms part of the team’s new series, Zoom, in the Garden!

Garson worked for the brave and upstart Weekly Mail during the early 1990s, where she covered the civil war between Inkatha and ANC-aligned communities. Undeniable is an account of that period of her life, where she and colleagues, Mondli Makhanya, Kevin Carter, Eddie Koch, Anton Harber and others, tracked and discovered the involvement of a Third Force, which was fuelling the killing frenzy.

‘An important and riveting slice of South African history told by someone who was right there at the ringside.’ – Mondli Makhanya, editor of City Press

‘A personal, powerful, riveting read! Philippa Garson’s Undeniable reveals the life of a feisty investigative journalist in the 1990s. Her quest to uncover evidence of a “third force” fuelling the township unrest and thousands of violent deaths which occurred prior to 1994 provided a great insight into our troubled political history. Highly recommended.’ – Mandi Friendman of Life, in a Garden