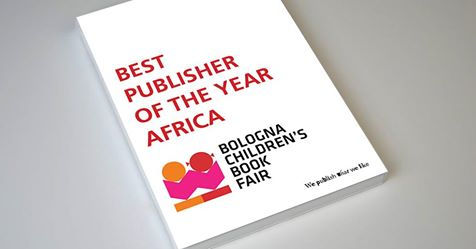 Jacana Media has won Best Publisher of the Year: Africa at the 2018 Bologna Children’s Book Fair.

Now in its sixth year, the Bologna Prize for the Best Children’s Publishers of the Year acknowledges the ‘most significant publishers’ in Africa, Central and South America, North America, Asia, Europe and Oceania.

The prize is organised by the Bologna Children’s Book Fair in partnership with AIE – the Italian Publishers Association.

It awards: ‘those publishers who have most distinguished themselves for their creative and publishing excellence over the last year, showing originality as well as professional and intellectual skills. At the same time, the prize is designed to foster a mutual exchange of knowledge and ideas among different nations and areas of the world.’

The prize is open to ‘all publishing houses specialized in children’s books, or which have major production lines dedicated to young reader’.