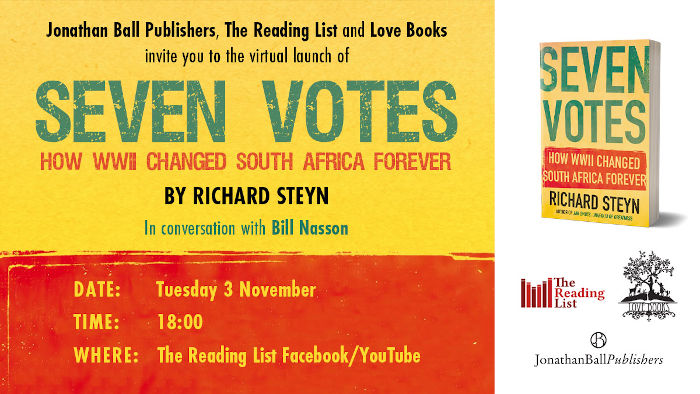 Steyn will be in conversation with Bill Nasson.

What would South Africa have been like today, had those seven MPs voted against joining the war?