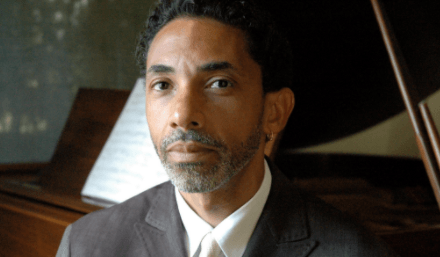 Author and historian Robin DG Kelley is one of the most distinguished experts on African American studies and a celebrated professor who has lectured at some of America’s highest learning institutions. He is currently Professor of American Studies and Ethnicity at the University of Southern California.

Kelley has just completed the definitive biography of jazz pianist/composer Thelonious Monk titled Thelonious Monk: His Story, His Song, His Times and is best known for his books on African American culture: Race Rebels: Culture Politics and the Black Working Class, Yo’ Mama’s DisFunktional!: Fighting the Culture Wars in Urban America and Freedom Dreams: The Black Radical Imagination. He is currently working on another book, Speaking in Tongues: Jazz and Modern Africa.

His career spans several esteemed universities, including serving as a Professor of History and Africana at New York University as well as acting as Chairman of NYU’s History Department. While at NYU, Kelley was one of the youngest full professors in the country at 32 years of age. He was also the William B. Ransford Professor of Cultural and Historical Studies at Columbia and helped to shape programs at its Institute for Research in African American Studies.

Kelley’s work includes seven books as well as over 100 magazine articles, which have been featured in such publications as The Nation, Monthly Review, The Voice Literary Supplement, The New York Times, The New York Times Magazine, Rolling Stone, Code Magazine, Utne Reader, and African Studies Review. He received his PhD in US History and MA in African History from UCLA.