Cover reveal! An Image in a Mirror by Ijangolet S Ogwang is the latest novel to receive a BlackBird Books redesign 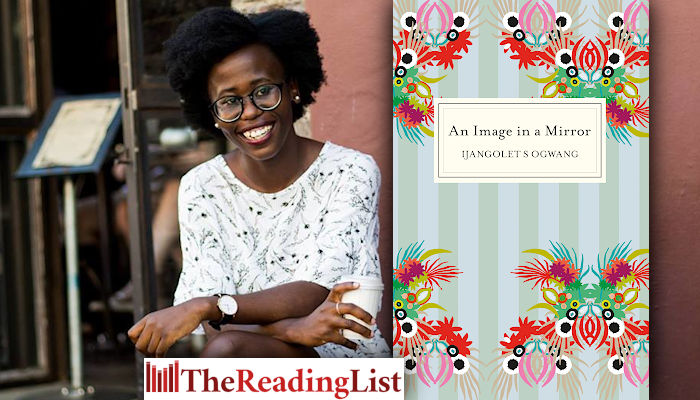 The book getting the treatment this time around is Ijangolet S Ogwang’s debut novel An Image in a Mirror – and the new cover is certainly something to behold.

The new BlackBird Books look is the result of a collaboration with Sindiso Khumalo, a textile designer based in London and Cape Town, who designed the elegant visuals for the series.

The first two books to be published with the new design were The Eternal Audience of One, the debut novel by Rwandan-born Namibian writer Rémy Ngamije, and If You Keep Digging, the debut short story collection by Keletso Mopai – both out in June. 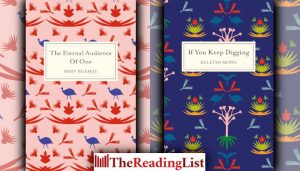 First published in 2018, An Image in a Mirror tells the story of Achen and Nyakale: twin sisters, separated in childhood to inherit different destinies.

In the hope of inheriting a better life, a mother makes the heart-wrenching decision to send one child, Nyakale, to South Africa to be raised by her well-off sister, the child’s aunt, who has no children of her own. The other child, Achen, stays in Uganda to be raised by their mother in a village.

An Image in a Mirror is a richly told and deeply intimate African story about the coming of age of two young women, who are the same as much as they are different. When the sisters, at the age of twenty-two, finally cross their respective worlds to meet, how mirrored will each feel about the other?

Heralding a new female voice in fiction, An Image in a Mirror is a profound debut novel.

Ijangolet S Ogwang was born in Kenya to Ugandan parents and raised in South Africa, more specifically in a small town in the Eastern Cape called Butterworth. She is most passionate about women empowerment and the development of Africa. She co-founded Good-Hair and works as an analyst for Edge Growth, a company focused on growing small businesses in South Africa. Between this and ‘adulting’ she makes up stories.

BlackBird Books is an imprint, incubated by Jacana Media, that provides a platform and a publishing home to both new voices and the existing generation of black writers and narratives.

Don’t miss the launch of Arthur Chaskalson: A Life Dedicated to Justice for All by Stephen Ellmann