Colson Whitehead’s tweet about winning the Pulitzer Prize is everything
More about the book! 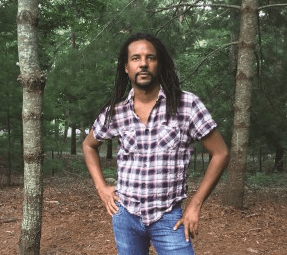 Colson Whitehead won the Pulitzer Prize for Fiction yesterday for his novel The Underground Railroad, and he reacted with, shall we say, refreshing enthusiasm:

The Underground Railroad, which tells the story of a young woman escaping from slavery via a literal underground railway, is Whitehead’s sixth novel. It has also won the National Book Award for Fiction and the Andrew Carnegie Medal for Excellence. The Pulitzer citation for the book reads:

For a smart melding of realism and allegory that combines the violence of slavery and the drama of escape in a myth that speaks to contemporary America. 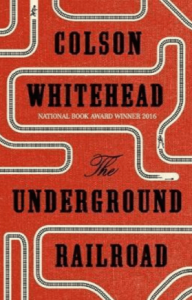 The Pulitzer prizes, considered America’s most prestigious journalism and arts awards, were announced at Columbia University in New York.

Playwright Lynn Nottage was awarded her second Pulitzer for her drama Sweat, a play about factory workers in Pennsylvania fighting job cuts. Matthew Desmond won the non-fiction award for Evicted: Poverty and Profit in the American City, while Hisham Matar won the biography prize for The Return, his memoir about returning to his homeland Libya to investigate his father’s disappearance. The poetry award was won by Tyehimba Jess for his work Olio.

Drama critic Hilton Als of The New Yorker won the prize for criticism.

Perhaps the most interesting winner was Art Cullen, who won the prize for Editorial Writing for his work at the tiny, family-run newspaper The Storm Lake Times, based in Storm Lake, Iowa.